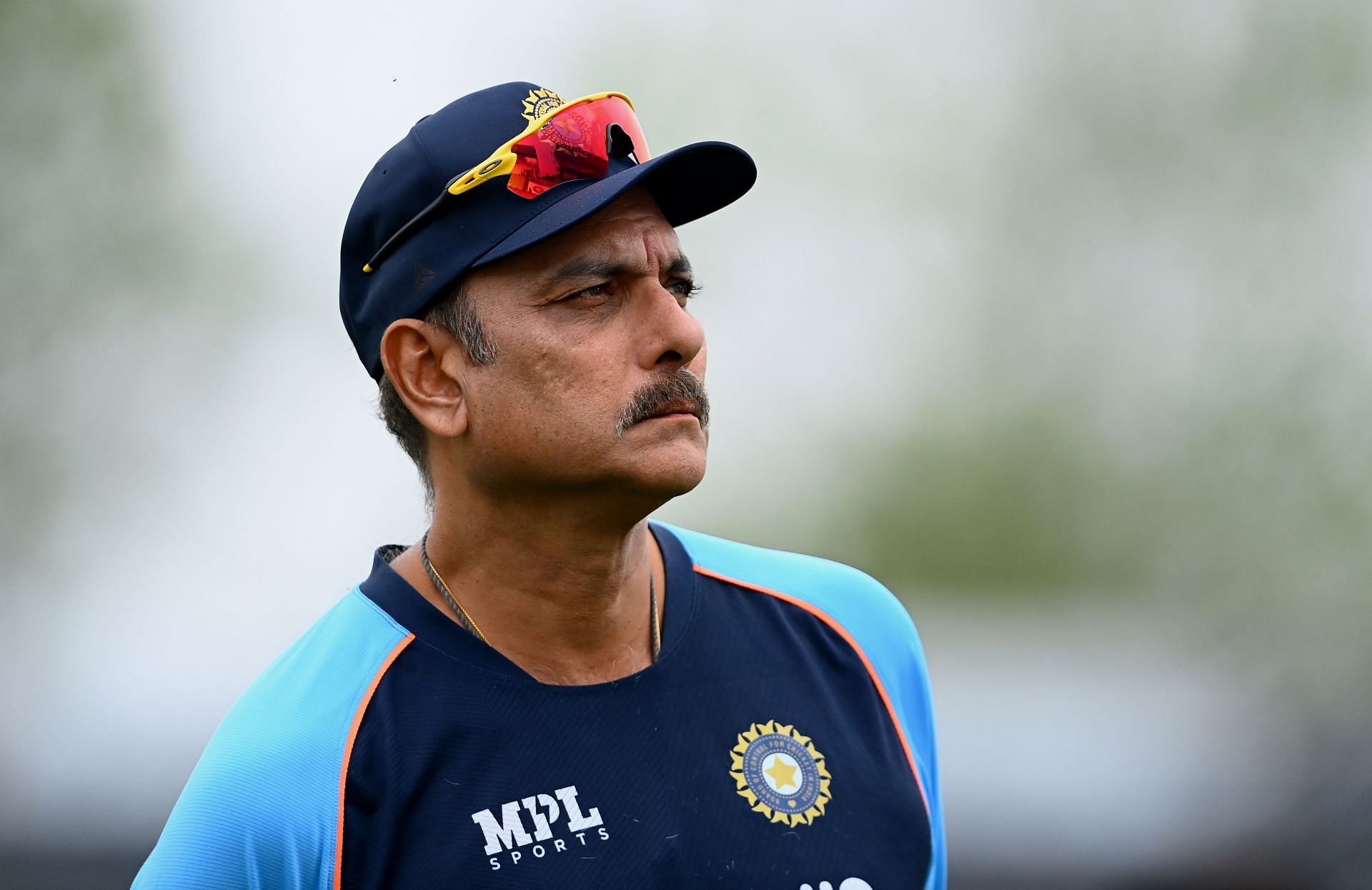 Ravi Shastri’s tenure as the head coach of the Indian men’s cricket team came to an end on Monday as the Men in Blue wrapped up their 2021 T20 World Cup campaign with a win over Namibia.

Speaking after the match, Shastri thanked the Indian cricket board as well as the committee that picked him for the job in his two stints as coach since 2014. He made special mention of N Srinivasan, claiming that the former BCCI president had the belief in Shastri to coach the team and was the one who convinced him to take the job.

Speaking at a press conference after the match against Namibia, Shastri said:

“I think it’s been one heck of a journey. I know it’s my last day in the dressing room, I just spoke to the boys. I’d like to thank the BCCI for giving me this opportunity, believing that I could do the job and I must thank in this also all the committees that were there in picking me as the coach, including Vinod Rai and his team for some time, the COA.”

He then went on to thank N Srinivasan.

“But there’s one man I would want to give special mention to. His name is N Srinivasan. He was the man who insisted that I do this job in 2014. In fact I didn’t have the belief that I could do this job and he seemed to have more belief in my abilities than I had, and I hope I haven’t let him down. So sir, if you’re listening, I got my opportunity and did my work without any agenda.”

Under Ravi Shastri’s guidance, India became a dominant force, especially in Test cricket. They won a Test series in Australia for the first time in history and went on to repeat the feat.

India were also on the cusp of winning a Test series in England, but the rubber still hangs in the balance. The fifth match has been postponed due to a COVID-19 outbreak in the Indian team and is scheduled to be played next year.

Speaking about his stint as the coach of the team, Shastri said:

“The job satisfaction that I got in this stint as coach has been amazing. No Asian team had beaten Australia in their home in Tests in 70 years. We did it twice. And that’s no ordinary feat and the whole world knows it. You can ask any country. And then the performance in England, the improvement in white ball cricket, the improvement in standard of fielding. The world class players we groomed along the way. If you look at it, this team has had plenty of world class players.”

“Since I took over as director of the team in 2014, a lot has happened. But if you ask me what I wanted from the team at that time, we have overachieved. We have gone further than I thought.”

Shastri acknowledged that the only thing missing during his tenure was an ICC trophy but said that the team is set to raise the bar under Rahul Dravid, who will take over the reins from the 59-year-old.

“Only one thing is missing, which is an ICC tournament. They will get a chance now. Rahul Dravid is the new coach. I wish him all the luck. He was a great player, he has got the stature, he has done the yards as a coach to take the team further and raise the bar,” Shastri said.

Dravid will now begin his tenure as India’s head coach, with T20I and Test series against New Zealand being his first assignment.