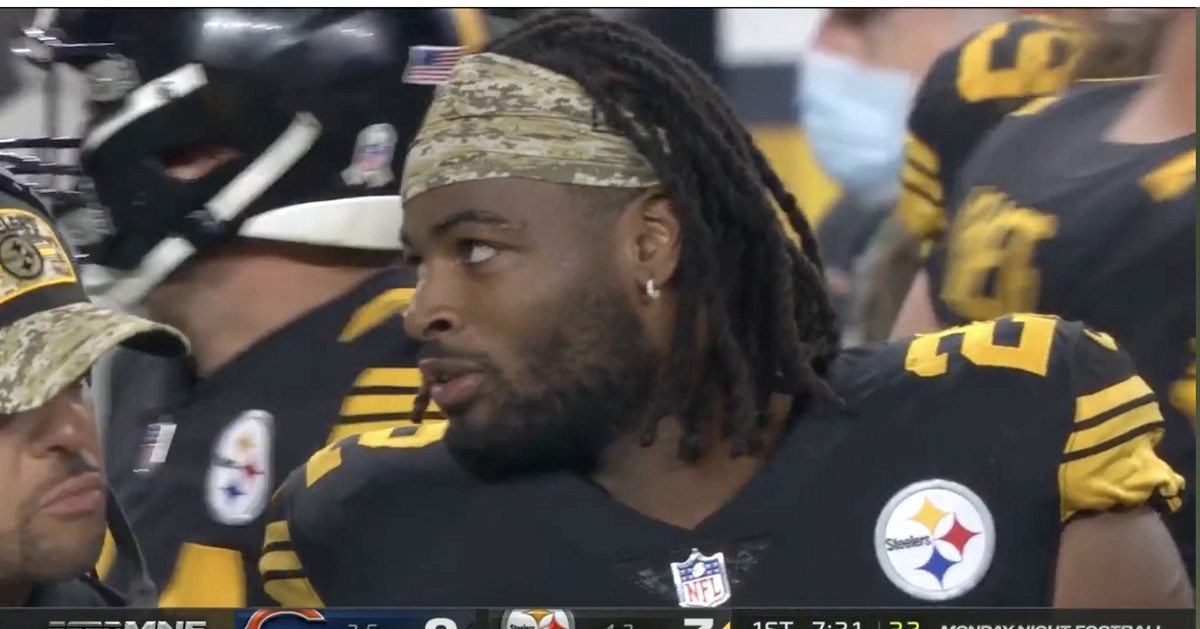 Pittsburgh Steelers rookie running back Najee Harris drew headlines this week for helping renovate the homeless shelter that he spent time in as a child growing up in the Bay Area. With the Steelers playing the Chicago Bears on Monday Night Football, ESPN’s announcers took time to talk about Harris’ inspiring story.

There was only one problem: ESPN got the story wrong. Steve Levy said on the broadcast that Harris slept on the floor for his first few months in his college dorm room at Alabama. “He said he was just more comfortable, he was more used to that,” Levy said on the air.

That isn’t true, according to Harris. The running back called out the announcers for their mistake on Twitter after the Steelers’ 29-27 win. Harris also criticized the MNF crew for mispronouncing his name:

Bra I ain’t sleep on no dam floor in college. I slept on my bed

Harris did spend time in multiple homeless shelters growing up alongside his four siblings. After turning into a star at Alabama, Harris decided to throw a draft party at the Greater Richmond Interfaith Program shelter. He was taken with the No. 24 overall selected by the Steelers, and has continued to make a significant impact in the community during his strong rookie year.

Maybe the Monday Night Football crew is confusing Harris’ story with that of another Alabama running back: Josh Jacobs. Now on the Raiders, Jacobs reportedly did sleep on the floor of his dorm room despite having a bed.

Harris finished with 62 yards rushing and a touchdown in the win over Chicago. He looks like a star in the making. Just make sure you get his story right.