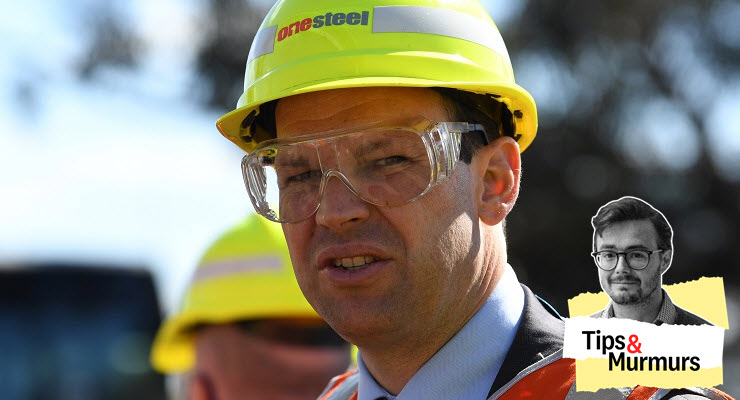 Marcus Bastiaan is not the only one in the family making some news. Plus: they’re letting Matt Canavan “off the leash” (sounds horrifying) at CPAC, and can somebody go check on the Walkley Foundation, please?

A Bastiaan of good taste In the midst of new allegations against Assistant Treasurer Michael Sukkar, former Liberal powerbroker Marcus Bastiaan is back in the news. If you need reminding, in 2020 Bastiaan was alleged to have helped Sukkar use former cabinet minister Kevin Andrews’ taxpayer-funded electorate officers to branch stack and grow a hard-right faction in the party. Both Sukkar and Andrews deny any wrongdoing and Bastiaan is suing the Nine Network for defamation. Indeed, it’s Nine’s “truth” defence that gave us the latest round of news coverage.

But a detail you may have missed is that as recently as last year Bastiaan’s wife Stephanie — herself a former Sukkar electorate officer and member of the Liberal Party’s conservative faction, and who quit the party after the initial round of stories — campaigned alongside none other than Monica Smit. The two worked together on a “bipartisan” online group called Forward Victoria, which campaigned against Victorian Premier Dan Andrews, but you might best know Smit as the head of one of Australia’s most active anti-vax groups, Reignite Democracy Australia. Earlier this year, Reignite Democracy Australia formed a (frankly terrifying) alliance with the money of United Australia Party ahead of the next election.

CPAC of plonkers Uh-oh! Looks like senator for coal Matt Canavan is about to try some stand-up — and snowflakes need not apply! Over the weekend the Australian Conservative Political Action Conference (a local, generally lower-rent version of America’s hard-right loon convention) sent out an email inviting us to come see Canavan “live and off the leash” at the Brisbane CPAC party.