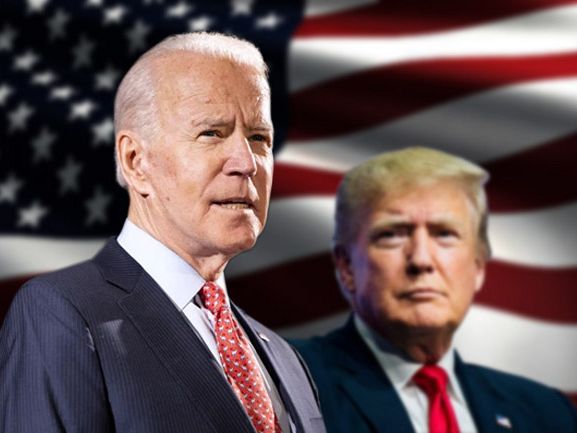 Washington’s Capitol halls are abuzz this autumn as President Joe Biden attempts to enact his legislative agenda in the face of a Republican opposition hell-bent on political vandalism and chaos.

Agreeing to raise the federal debt ceiling has been delayed until 3 December and may still require revising the filibuster in order to avert financial catastrophe. The multi-trillion dollar “Build Back Better” social policies reform bill, which reflects the issues on which Biden campaigned and won in 2020, is steadily being stripped down to meet the demands of two intransigent Democratic Senators — Joe Manchin and Kyrsten Sinema. Most crucially, voting rights legislation is stalled in the Senate and thus the Republican threat to the mechanics of American democracy remains ongoing.

Yet, far from Washington, the country still finds itself at what historian Robert Kagan has called America’s ‘greatest political and constitutional crisis since the Civil War’. The Republican Party has become a personality cult, fascistic and anti-democratic. Ill-health notwithstanding, Donald Trump will be their nominee in 2024, and his “big lie” (that he, in fact, won the Election) continues to grow and metastasize, undermining America’s trust in democracy and forcing every Republican to bend to its will.

From school board meetings to the former President’s rallies, Trump still holds a mesmerising grip over his followers. Of Republicans, 78% continue to believe that Trump actually won the 2020 Election, despite overwhelming evidence to the contrary. It’s become nearly impossible for any elected Republican to admit that Trump lost. The former President lauds those who amplify the lie that the Election was fraudulent and pours scorn on those who admit reality. Representatives like Liz Cheney and Adam Kinzinger who tell the truth have been ostracised and face the very real risk of ending their political careers.

Across America, over 400 new bills that limit or restrain Americans’ ability to vote have been introduced by Republican state legislators. State-level individuals who certified Biden’s win have been purged and are being replaced by newcomers who baldly state that they would not have certified the 2020 results. At next year’s mid-terms or in the 2024 Election, it is no longer guaranteed that Republicans will certify Democrat Party wins, throwing the nation into chaos.

As Kagan wrote in his scathing Washington Post op-ed, there is:

‘…a reasonable chance over the next three to four years of incidents of mass violence, a breakdown of federal authority and the division of the country into warring red and blue enclaves.’

It’s hard to see how this madness can be quelled. Trump and his followers are impervious to reality. All that matters is loyalty to the leader and a blind belief that whatever he says must be followed. Scorn for democracy is now axiomatic with Republicanism. Although it’s reasonable to worry about how the American public may vote next year, this ignores the reality that no matter what the results in the mid-term elections, Trump will claim fraud, say that his side has been robbed and millions of Americans will agree. American democracy faces a “slow-moving coup” and should Trump manage to regain power, it’s no longer fanciful to suggest that the country may collapse into a form of dictatorship or civil war.

There are some reasons to hope for a different outcome. Trump faces a raft of lawsuits, on matters as wide-ranging as rape, defamation, fraud and incitement. Trump has a long history of evading legal consequence, but the sheer weight of litigation suggests trouble ahead. His business empire is under investigation and faces large debt repayments at a time of dwindling income.

But by far the most serious threat to the former President’s political future is the House Select Committee investigating the attacks of 6 January. As right-wing media figure Steve Bannon is finding out, this committee means business and has the power to reveal what many already suspect — that Donald Trump was an active and informed participant in a violent insurrection on the Capitol building, with the intention of stopping the election certification and retaining power.

What we already know informs this view. Trump took the unprecedented step of stacking intelligence agencies and the Pentagon after the Election, then the Pentagon placed limits on those charged with guarding the Capitol prior to 6 January. Bannon, Rudy Giuliani and other Trump aides established a “war room” at a hotel near the White House before and on 6 January.

Trump allies were in regular contact with both the President and the militia groups who led the attack. Evidence on the ground, such as pipe bombs, flash-bang grenades and heavily armed militia with weapons and bear spray suggests the opposite of a political protest gone wrong. Bannon appears to have had significant advanced knowledge of the 6 January plot. It’s a very short leap to connect this to Trump.

The 6 January Committee has the power to prove these links. Subpoenas have been issued to senior Trump Administration staff members and Chairman Bennie Thompson has said that he is not ruling out subpoenaing Trump himself. Social media platforms have been told to turn over information and telephone records have been requested from telecommunications companies.

These inquiries are likely to reveal matters such as who provided the funding for the “Stop the Steal” rally (that preceded the riot), which members of Congress were in touch with the organisers and militia groups, who spoke to Trump on the day of the riot and what was said and, ultimately, whether Trump and his team were mere observers or participants in the insurrection.

The basis of American governance is the rule of law and this, too, remains very much in play as the 6 January Committee investigates. If Steve Bannon succeeds in defying a congressional subpoena, every other Trump acolyte will surely follow suit (as he has told them to do), crippling the Committee’s work. Subpoena, from the Latin, literally means “under penalty”, but if there is no punishment for defiance of Congress, a subpoena becomes just an invitation.

During the Trump Administration, subpoenas were routinely ignored, safe in the knowledge that Attorney-General Bill Barr would never prosecute a Trump ally. If this disregard for Congress is not addressed, it will be yet another mortal blow to American democracy. Yet when the vital matter of Bannon’s subpoena made it to the floor of Congress last week, just nine Republicans agreed that he should face consequences.

The stakes could not be higher. If the 6 January Committee holds its nerve, it has the power to expose the truth behind the worst attack on America’s Government since the Civil War. That insurrection failed, but only through sheer good fortune. America is running out of chances.

George Grundy is an English-Australian author, media professional and businessman. Read more from George on his blog americanprimerweekly.com or follow him on Twitter @georgewgrundy.