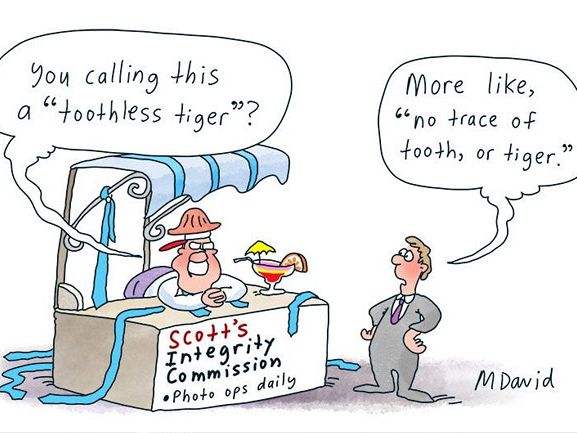 The Morrison Government’s track record of democratic failure is extraordinary and needs to change for our nation to progress, writes Graham Perrett.

WE ARE EDGING towards a precipice; if our nation doesn’t change direction now, the Australia we love will be gone forever. For the last eight years, the Coalition Government has torn at the tapestry of our democratic society. It’s been changing the image thread by thread. It’s been heartbreaking and if the mending doesn’t start soon, our national picture will be unsalvageable.

The first complete failure of governance is that there has been no real action on climate change in the eight years the Coalition has been on the Treasury benches. It started when the Howard Government refused to ratify the Kyoto Protocol in 2002; the only developed nation other than the U.S. not to do so. Prime Minister Kevin Rudd ratified Kyoto after winning the 2007 Election.

Labor is the only Party of Government with a strong record on climate change and the policies to reduce emissions while creating jobs and lowering power bills. The Liberals’ record is one of denial and delay. David Attenborough says “if we don’t act now, it’ll be too late”. We know that current Prime Minister, Scott Morrison, will do only as little as he thinks he can get away with; and then the Nationals will have their say.

We’re running out of time for many issues that will permanently damage this country if not corrected soon. Democracy is fragile. It should never be taken for granted. The Westminster system of government relies on leaders being transparent and accountable. For eight years, there has been scandal after scandal and for eight years, there have been almost no consequences for the actors involved, from Robodebt to sports rorts to car park rorts and so many others.

However, the zenith occurred last week when the Morrison Government set a new precedent in Parliament by voting against the recommendation of their own Liberal Speaker. Finding a prima facie case for an inquiry into Christian Porter’s $1 million blind trust, Speaker Tony Smith recommended referring the matter to Parliament’s Privileges Committee.

However, bizarrely, the Liberals and Nationals combined to refuse. The Coalition won’t accept scrutiny, yet scrutiny is the lifeblood of democracy. Without it, trust withers and dies. A government that does not hold the trust of the people will be unable to govern. The legitimacy of decision-making by governments is reliant on a perception by the people that there is fairness and transparency in their decision-making procedures. Power without legitimacy is neither governing nor leading. It is merely bludging on the public teat.

The Prime Minister made an election promise to legislate a commonwealth integrity commission, yet it still hasn’t happened and is unlikely to occur in this term of parliament. The consultation draft released late last year has been described as a “toothless tiger”. Prime Minister Morrison fears scrutiny. Our fragile democracy can’t wait any longer. We need a national integrity commission with real teeth now.

While the Morrison Government has been jumping from one scandal to the next, avoiding any transparency or accountability, older Australians have been subjected to conditions in aged care described by the Royal Commission as simply “neglect”. They’ve had eight years to do their job and fix the disgrace that is aged care in this country. Instead, they’ve made things worse.

The final report of the Royal Commission said of the Liberal Government:

Australians must consider the behaviour from our Government they are prepared to walk past. Can we look at our children and accept that it is too late to fix climate change? Can we visit loved ones in aged care facilities to find aged care workers run off their feet trying to provide something resembling proper and dignified care to far too many residents and wonder just how we left the sector get this bad? At what point is another scandal one too many when there are already dozens that have not been properly scrutinised.

This government needs to be brought to account. They won’t do it themselves. Australians must do it at the ballot box.

Graham Perrett is the Federal Labor Member for Moreton and worked as a schoolteacher, solicitor, author and political staffer before entering parliament. You can follow Graham on Twitter @GrahamPerrettMP.