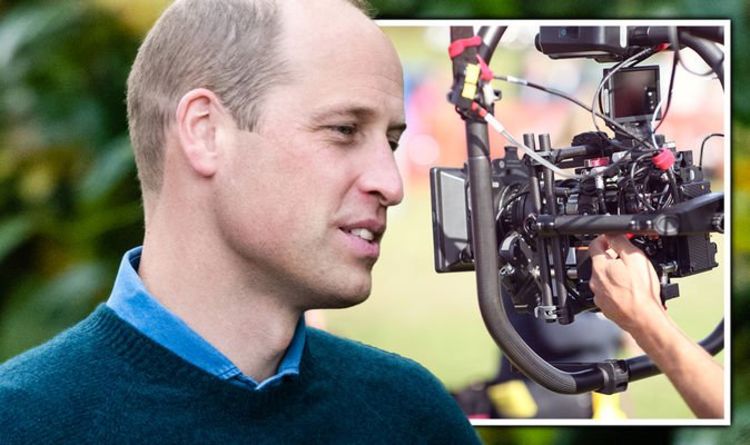 William, Duke of Cambridge sent royal fans into a frenzy as he walked along the streets of Surrey with a crew of cameramen to film a “secret project”.

The Rumble Online wrote on Twitter: “So imagine you’re driving home and you see Prince William filming a secret project at the end of your street!?”

Rambunctious Rhino, who first posted the footage on Tiktok, said Prince William, 39, was filming for an “online paramedic video”.

Omayma said: “I’m so excited to see what’s behind this.”

Billy Douglas wrote: “The Duke of Cambridge and Future King William is such a wonderful man!”

Tamara claimed: “We are all intrigued now.”

READ MORE: Meghan and Harry ‘fired all guns’ – Sussexes out of options as Royal Family ‘moves on’

And one user suggested: “Looks like the same outfit he wore to Microsoft UK…”

The Duke has this week visited the tech giant’s office in Reading to find out how AI scanning technology can help to stamp out the smuggling of illegal wildlife products.

It is the latest in his efforts to protect nature.

Alongside Microsoft‘s developers, William explored how the company’s Seeker service can detect ivory hidden in suitcases and what airports are doing to prevent illegal wildlife products from being trafficked through their premises.

It is a busy period for the father of three, particularly on the climate front.

He attended the COP26 summit earlier this month, where he was applauded for the introduction of the Earthshot Prize Awards, which saw five winners being recognised for their work in helping to tackle climate change and environmental issues, each receiving a prize of £1million to further develop their initiatives.

And this week, the Duke has spoken out for those on the “front line” in British Overseas Territories, as the small islands are especially vulnerable to climate change.

In a meeting with young people from 14 British Overseas Territories at a Foreign and Commonwealth Office reception, William said: “Your contributions to global emissions are negligible, and yet you face the dire consequences of rising sea levels, changing weather patterns and the destruction of coral reefs.

“Climate change is threatening the very survival of the territories, your ways of life and the future of all your people.”

He insisted the youngster must keep up pressure on their leaders to fight the climate emergency.