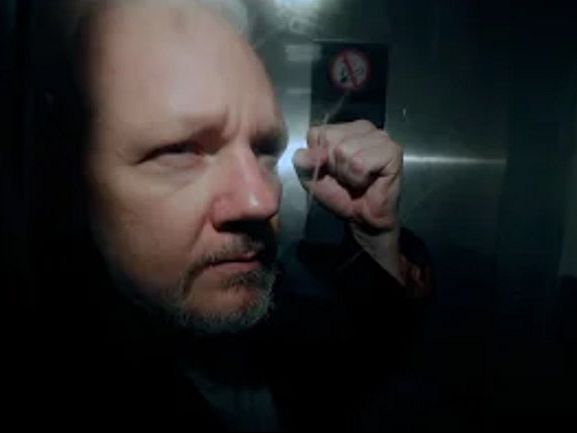 IT’S TIME to ready yourself for ghoulishly bad behaviour. Shred your bill of rights or whatever charter of liberties you have handy.

Flatulent, dangerous and fatuous, the U.S. prosecution of WikiLeaks founder and publisher Julian Assange took to the UK High Court on 27 October, opening its effort to overturn the January ruling by District Judge Vanessa Baraitser. In a judgment poor on press liberties and publishing but sound on the issue of mental health and wellbeing, Baraitser held that Assange’s extradition to the U.S. to face espionage and computer intrusion charges would exacerbate his suicide risk and be oppressive.

Despite her finding, the Judge still left the door open for her own bit of oppression by refusing Assange bail as the U.S. appeal process got underway. To date, he remains in the high-security Belmarsh prison facility.

James Lewis QC of the Crown Prosecution Service opened proceedings by directing several salvos at Baraitser’s decision. Reliance was placed on five grounds: that the district judge did not correctly apply UK extradition law; that Baraitser should have sought assurances from the U.S. authorities after deciding to deny the request; that she ought to have disqualified the expert psychiatric evidence of defence witness Michael Kopelman; that she erred in assessing the evidence of suicide risk; and that the UK Government was issued a number of assurances going to the problems identified in the court decision.

According to Lewis, the judge had adopted the wrong test in considering the decline of Assange’s mental health and “should have weighed crucial factors in the psychiatric evidence significantly differently”. She should not have speculated about “future uncertain events”.  Do not concern yourself with the “risk of a medical condition getting worse in the future if certain events do or do not occur”.

The proffering of “binding” assurances that the U.S. Government would not subject Assange to Special Administrative Measures (SAMs) or condemn Assange to the ADX Florence supermax facility in Colorado was also meant to convince the court.

Those undertakings had, Lewis argued, the effect of negating the force of the medical testimony submitted on Assange’s behalf and should therefore be discounted:

“Once the conditions of SAMs and ADX are removed, once there is assurance of appropriate medical care, once it is clear he will be repatriated to Australia to serve any sentence, then we can safely say the district judge would not have decided the relevant question in the way that she did.”

In court, Lewis assumed the role of performing witch doctor:

“Assurances can be issued at any time in these proceedings according to the jurisprudence in this court.”

The fact that these had not been given prior to Baraitser’s judgment was because “it was highly unlikely [Assange] would ever be put in SAMs so opportunity never arose”.

Diplomatic assurances of this sort are often counterfeit, usually written in water and evaporated by time. As was curtly put by Assange’s defence team, these were “meaningless”.

“They’re based on diplomatic relations between states, they’re not legally binding under international law.”

The enumerated list in a Human Rights Watch report from 2014 makes for grim reading on precisely that point. There would be nothing holding the U.S. Government to any given pledge, despite the breezy claim by the prosecution that Britain had never complained about assurances given by the U.S. authorities in extradition cases.

For all that, the U.S., argued Lewis, would still reserve the right to impose SAMs if needed. Paradise was also possible: one of the justices considered that, even if the sword were to fall on Assange, his head would somehow escape its full force. Conviction did not entail a stiff sentence, if, indeed, he would suffer sentence at all. Lewis, wooing, keen to impress, fed the presumption. The defence, he said pointedly, had exaggerated the risks of a petrifying life sentence. Consider the 45-month sentence handed to the “drone” whistleblower Daniel Hale or the 63-month sentence imposed on NSA whistleblower Reality Winner.

Assange could be dealt with swiftly in U.S. court proceedings (unlikely, given prosecutions using the Espionage Act are larded by security protocols and procedures). The defence would then use the shield of the First Amendment. Assange, protected, would walk free of shackles. For a person so insistent on discrediting the lower judge’s decision for having been too speculative about Assange’s treatment (the “crystal ball approach”), this was rich indeed. Prosecutions using the Espionage Act to target the unauthorised disclosure of information tend to succeed, trumping free speech protections.

What, then, might await Assange in lieu of SAMs or the supermax? Communications Management Units (CMUs) at Federal Correctional Institution, Terre Haute in Indiana, or the U.S. Penitentiary in Marion, Illinois, were suggested. Both were created by the Federal Bureau of Prisons (B.O.P.) to segregate and isolate prison inmates from the rest of the B.O.P. population. They have been disproportionately used for Muslim prisoners convicted on terrorism charges and “prohibited activities related to communication”.

Undeterred by this history, Lewis drew upon a declaration from Assistant U.S. Attorney in the Eastern District of Virginia, Gordon Kromberg, on the nasty merits of these secretive centres:

“CMU inmates are afforded the same opportunities to communicate with individuals outside of prison as regular inmates.”

However, Kromberg qualifies this:

“Their communications may be more extensively monitored… or the B.O.P. may impose certain limitations, as noted in the Bureau Program Statement, to prevent them from engaging in additional criminal conduct.”

Were Assange to find himself in a CMU, he could be potentially subjected to even more onerous restrictions than the policy afforded under SAMs.

Attention then turned to demolishing the expert evidence of neuropsychiatrist Kopelman, who had convinced Baraitser that Assange was at a “very high” risk of attempting suicide if he was extradited to the U.S. According to Lewis, the failure by Kopelman to note the existence of Assange’s partner Stella Moris and their children in the initial report was “actively misleading” despite the correction being made in the final court report. The omission had the effect of discolouring the suicide risk and was “not an honest statement of truth”. According to the prosecution, the Kopelman testimony should have been ditched, leaving the U.S. witness assessments as the only credible alternatives.

Baraitser, for her part, had found the omission a “very human response” given the risk posed to Moris and Assange, notably in the wake of the espionage operation against the publisher mounted by the Spanish security firm UC Global, at the behest of U.S. intelligence.

From the outset, the prosecution’s overall thrust on evidence of Assange’s mental wellbeing was one of scornful scepticism. Showing a pitiful comprehension of how the potentially suicidal might operate, Lewis suggested that Assange had drunk coffee in the company of other prisoners, been “alert”, making “good eye contact”. The mentally ill would be incapable of hosting a TV chat show on Russia Today, negotiating the processes of seeking asylum or aiding Edward Snowden‘s escape from Hong Kong.

Edward Fitzgerald QC, taking the stand to defend the merits of Baraitser’s ruling, called it “carefully reasoned and considered”. The court, he argued, should “respect the findings of facts from the judge of first instance who lived through the hearing”. His counterpart was seeking “reasons for reasons” when Baraitser had given “cogent reasons why she prefers Kopelman”. The Judge had been best placed to make her own assessment and found that he had given “impartial evidence to the court”. The notion that Kopelman was “a lone wolf is absolute nonsense”. There was also backing for his evidence from autism expert Quinton Deeley and even some from the U.S. Government’s own expert witness, Seena Fazel.

As for the submission by Lewis that Assange showed cool, level-headed judgment in his behaviour, Fitzgerald was indignant:

“This is not Cato or Cleopatra committing suicide rather than facing their enemies. This came out of a man who is suffering from a mental disorder.”

The impulse to commit suicide was not governed by rational decision-making or volition but mental illness.

During the latter part of the day’s proceedings, Fitzgerald had a moment of reflection that has become something of a trademark:

“I sometimes wonder whether my learned friend is reading the same judgment we are.”

He is, but doing so through his own version of crystal ball jurisprudence.