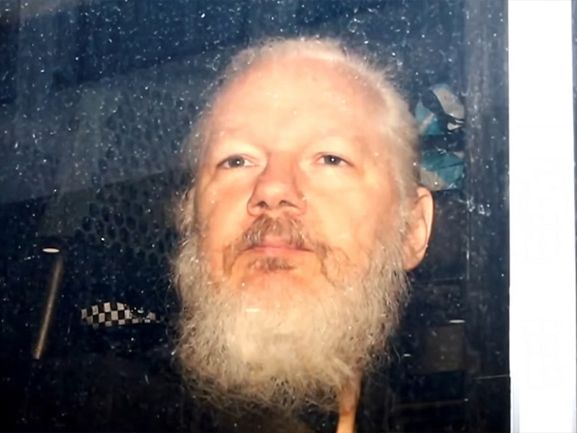 With the Assange appeal hearing starting on 27 October, three European MPs who are also delegates at the Parliamentary Assembly of the Council of Europe (P.A.C.E.) discussed with Independent Australia the relation between the action of this organ and the destiny of similar media freedom cases.

Being the leading institution in the field of human rights in the continent and also including a European Court of Human Rights among its organs, the Council of Europe is a point of reference for all the issues affecting the fundamental freedoms its 47 member states, 27 of which are also members of the European Union.

The conversation with the parliamentarians, which took place in Strasbourg, France, included German MP Andrej Hunko as well as the Italian MPs Gianni Marilotti and Roberto Rampi, who connected the urgency to free the WikiLeaks publisher to the safeguard of the human right to knowledge and also called for a drop of the charges by the U.S. President Joe Biden.

With Hunko and Marilotti already being protagonists of initiatives supporting the liberation of Julian Assange, it could seem quite natural for them to oppose the extradition. However, saying “no” to the latter turned out not to be an exclusive opinion of the parliamentarians who supported the WikiLeaks cause.

To give an idea of how far the group of those opposed to extradition extends beyond this subset, we contacted a member of the UK House of Lords in London who is not known for having particular sympathy for Assange — Lord George Foulkes. As the video shows, the objection to the handing over of the Australian journalist to the U.S. is also expressed by a figure who does not declare enthusiasm for the work of WikiLeaks and who is, moreover, an authoritative voice on the subject of safeguarding media workers.

Lord Foulkes, who also represents his country within P.A.C.E., is a former rapporteur for its Committee on Freedom of the Media and was one of the signatories, in 2020, of the resolution promoted by Hunko and Marilotti in which the Parliamentary Assembly of the Council called for the immediate release of the WikiLeaks publisher.

I’m not the greatest fan of Julian Assange, I don’t want to go into the reasons but some of his history is not something anyone should be proud of. However, that doesn’t mean to say he shouldn’t have a fair hearing and should be treated properly and that’s why I signed the motion that he shouldn’t be extradited and should be released. The British Government should respond to that positively. I’m not in the forefront of it but a number of my colleagues will be pursuing it.

In other words, what Lord Foulkes, Mr Hunko, Mr Marilotti and Mr Rampi share is the understanding of the precedent that the Assange extradition would set and a clear focus on human rights, as usual for those parliamentarians who work on the topics which are crucial for the Council of Europe.

Conscious of this, together with other German MPs, Mr Hunko organised initiatives to raise awareness on the Assange situation in his country, even holding in 2020 a hearing at the German Parliament featuring Assange’s father, John Shipton, and other crucial voices of the Assange campaign.

Asked about the recent investigation by Yahoo News reporting statements of former CIA officials on the project to assassinate Assange, apparently discussed at high levels of the Trump Administration, Mr Hunko said he and his colleagues will take action to encourage the German public to ask more questions about what seems to have happened with regard to the American secret service plans. And, above all, Hunko highlighted the role of P.A.C.E. in working for the Assange liberation.

I think this institution here is very important, because in the end, and this is what Julian communicated to us as well, it could be the European Court for Human Rights to decide on his case, after the British instances here in Strasbourg. And this is related to our Assembly. We are now voting the judges for this course. But what we are saying here in our resolutions are what the Human Rights Commissioner says has some influence on the court as well.

If from one side the focus is on keeping working in Strasbourg, on the other hand, there are the activities of the MPs as international observers at the Assange hearings, which give the UK Government the signal of the fact that Europe is watching.

Mr Marilotti, who created in the Italian Parliament a cross-party committee to monitor the case, told Independent Australia he will be following the appeal hearing as well and motivated the reasons for the interest in the Assange case:

“We ask for justice, because Assange is not a hacker, nor a spy. He’s a journalist who has done his job through his revelations, which have been covered by all the newspapers in the world. He has brought to light important aspects of the wars in Afghanistan and in Iraq that would have otherwise remained unknown.”

Asked about who could take action to change the course of the case, both the Italian MPs agreed Joe Biden should do it:

“In my opinion, the President of the United States of America, Joe Biden, can do it. He can carry out a serious inquiry to establish precisely if all the procedures and all the individual and collective rights have been respected because democracy does not only refer to a ‘government made by the citizens’. It also refers to a governing action carried out ‘with’ the citizens.”

Mr Rampi, in tune with his colleague, highlighted that Biden is not “just another president”:

“He is the President who comes after the Trump era. His role is to rebuild democracy and I think dropping the charges in the Assange case is part of that.”

The future will tell if Biden will play the crucial role that our European parliamentarians hope to give him.