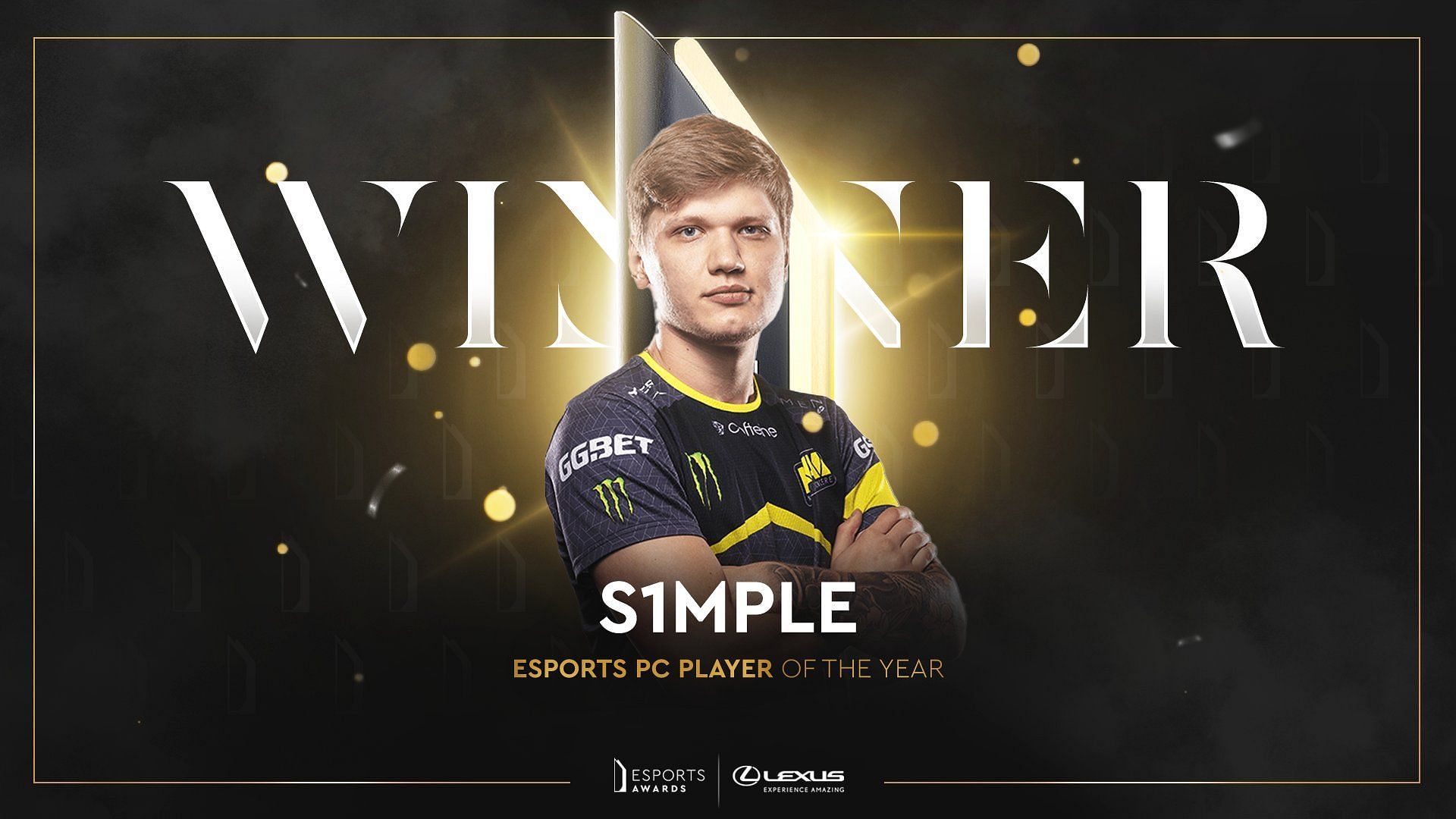 CS: GO pro player S1mple took away the PC Esports Player of the Year award at Esports Awards 2021. 2021 has been great for this Ukrainian Counter Strike: Global Offensive professional player. He has been playing for Natus Vincere aka NAVI, an organization from the same place of his origin.

NAVI has been one of the most dominant teams in the pro CS: GO scene for the majority of 2020 and 2021. They won the biggest CS: GO event in history, “PGL Stockholm Major”, with a prize pool of $2 million. Earlier this year, they won the Intel Grand Slam as well.

Nominees for Esports Player of the Year 2021

All the players nominated for Esports Player of the Year 2021 are given below:

Out of the nominated players, only two of them i.e. ‘S1mple’ and ‘sh1ro’ are from CS: GO, while the rest of the players are from different Esports titles. NAVI is the organization S1mple represents, and recently, they won some major tournaments.

The Esports Awards 2021 announced all the names of the nominees on October 1, 2021, across a variety of categories. Many players from NAVI were selected in that list since the Ukrainian Esports team has been doing great in recent times.

And the winner of the Esports PC Player of the Year award is… @s1mpleOCONGRATULATIONS!! 🏆 https://t.co/3PCz87HJrP