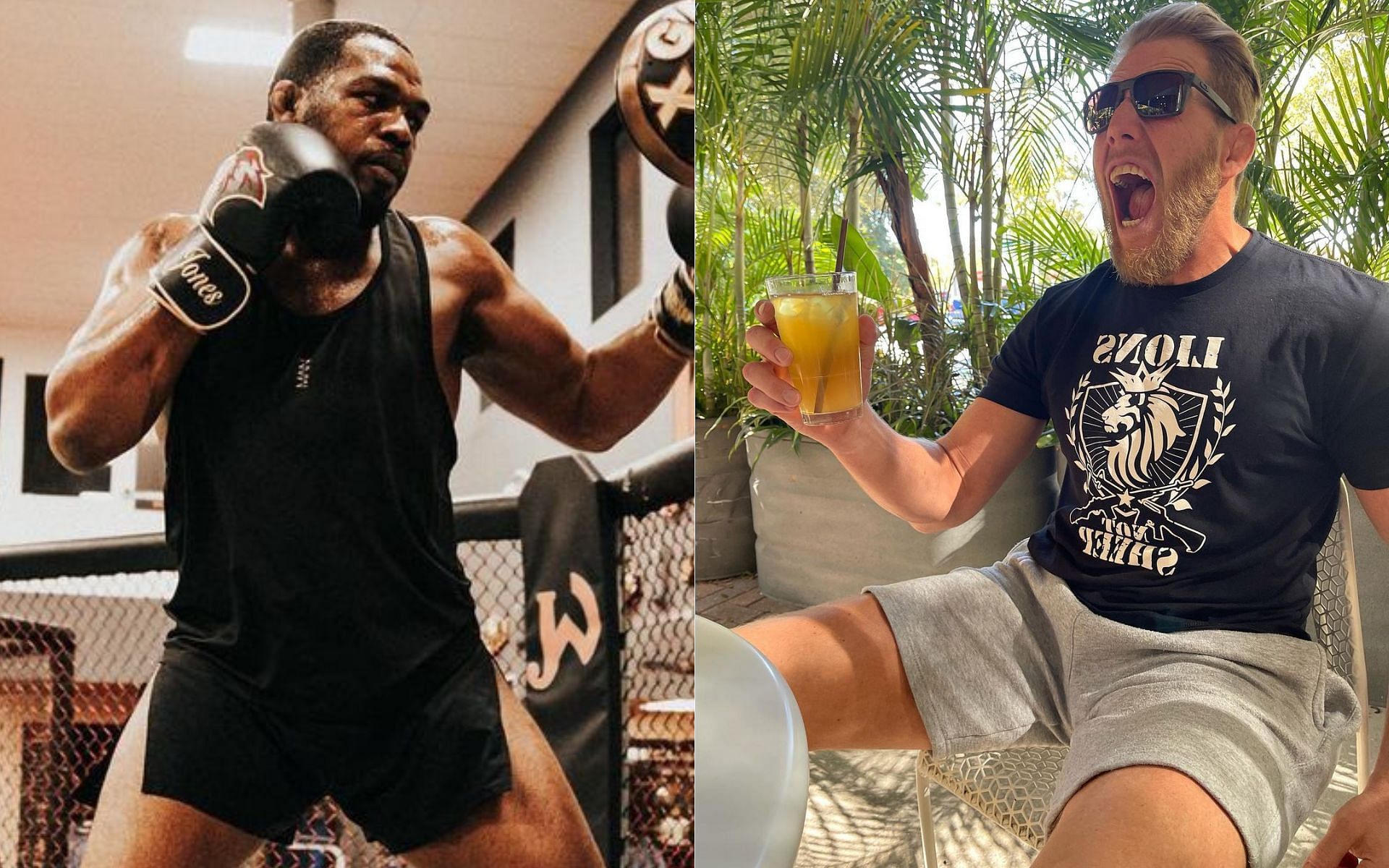 Jon Jones has poked fun at Jake Hager after the professional wrestler asked ‘Bones’ to get his facts straight on their upcoming grappling contest.

The 34-year-old former UFC champion asked his Twitter fans to help Hager get a million followers and also apologized in a sarcastic manner for not knowing much about the Bellator heavyweight.

‘Bones’ had earlier announced on the social media site that he will return to action next month and take on the 39-year-old in a grappling match at a Fury Grappling event on December 9th.

Hager responded to Jones’ tweet saying no contract had been signed as of yet. The Bellator fighter also asked the former UFC champion to address him as ‘Jake Hager’ instead of his former professional wrestling name ‘Jack Swagger’.

First of all it’s @AEWonTNT and undefeated @BellatorMMA heavyweight Jake Hager, secondly no terms have been discussed or contract signed. We can talk if terms are right. twitter.com/jonnybones/sta…

First of all it’s @AEWonTNT and undefeated @BellatorMMA heavyweight Jake Hager, secondly no terms have been discussed or contract signed. We can talk if terms are right. twitter.com/jonnybones/sta…

Jon Jones was last seen in the UFC octagon in May 2020 when he took on Dominick Reyes to defend his light heavyweight title. The fight was a razor-close affair that ended with Jones getting his hand raised via unanimous decision.

‘Bones’ later relinquished the title in August 2020 and is now preparing for a move to heavyweight.

I’m just a few months away now, can’t wait to see who wins this fight in January

I’m just a few months away now, can’t wait to see who wins this fight in January

Jones hopes to fight the winner of Ciryl Gane vs Francis Ngannou for the heavyweight title the next time he steps into the UFC octagon.

Jon Jones has been training with Henry Cejudo

‘The Messenger’ spoke about his training sessions with the New York native on ‘The Triple C &Schmo Show’.

“I’ve always been a big fan. What makes Jon Jones so special, Schmo, is the fact that he a greater competitor than he is a fighter. He finds a way to win. All those fights that you guys think that Jon Jones barely won, you guys are crazy. He’s just a winner. He’s able to slide through. But now with ‘Triple C’ in the team, it’s a whole other set of dynamites.”