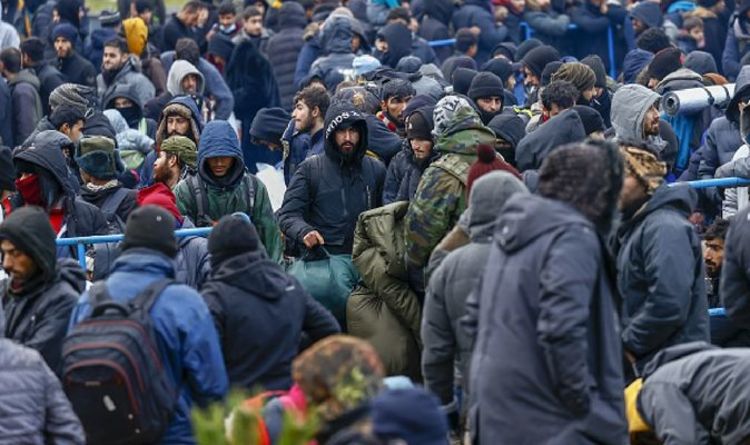 Poland accused Belarus on Sunday of continuing to ferry migrants to its border, despite clearing camps close to the frontier earlier this week, as the country’s prime minister started a tour of Baltic states to seek support in the crisis.

Europe accuses Belarus of flying in thousands of people from the Middle East and pushing them to cross into the European Union, which has been at odds with Belarusian President Alexander Lukashenko since a disputed election last year.

Minsk, which denies fomenting the crisis, cleared a migrant camp near the border on Thursday and started to repatriate some people to Iraq in an apparent change in tack in the conflict that has mushroomed into a major East-West confrontation.

Yet Poland says Minsk continues to truck hundreds of migrants to the frontier, where about 10 migrants are believed to have died with a frigid winter setting in.

Pawel Jablonski, Poland’s deputy foreign minister, told the Sunday Telegraph that Lukashenko’s promise to clear camps and allowing repatriation flights to Iraq cannot be trusted as a sign the hybrid war is over.

He said: “He can’t be trusted. Absolutely not, falling for promises or declarations would be a big mistake.

“He’s been promising a lot. Lukashenko can’t be trusted. He’s engineered this crisis, orchestrated it from the very beginning.”

Warning of future attacks on different sides of the border, Mr Jablonski added: “We have quite good intelligence as to where these attacks might be moved.

“But we’re obviously under great duress because of this situation.”

“What is happening on our eastern border with Belarus is just one element.”

There had been 208 attempts by migrants to force their way into Poland from Belarus on Saturday, the border guard said, a few more than on Friday but well below the 501 attempts recorded on Wednesday.

Neighbouring Lithuania said 44 migrants were prevented from entering on Saturday, the lowest number in a week.

A dozen migrants from Iraq, speaking with Lithuanian news portal DELFI over the border with Belarus on Saturday, said they were forcibly brought there in military trucks by Belarus officials, who ignored their wish to go back to Iraq.

Poland’s Prime Minister Mateusz Morawiecki visited Estonia on Sunday morning to discuss the crisis with his counterpart Kaja Kallas. He will travel to Lithuania and Latvia later in the day.

Mr Morawiecki said: “Today, on Poland’s Eastern border, we are dealing with a new type of war, a war in which migrants are weapons, in which disinformation is a weapon, a hybrid war.”

He added that further economic sanctions against Minsk were being discussed.