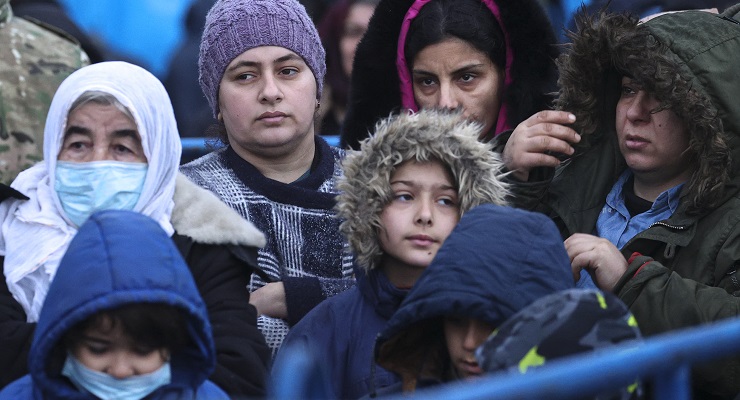 In 2015, Swedes took immense pride in the country’s decision to accept 163,000 refugees, most from Syria, Iraq, and Afghanistan. But a lot has changed since then.

Earlier this month, Swedish Minister of Finance Magdalena Andersson delivered her maiden speech as head of the Swedish Social Democratic Party and thus, the presumptive successor to longtime Prime Minister Stefan Lofven. Andersson began, predictably enough, by celebrating the triumph of the Swedish welfare state over the neoliberalism of the “grinning bankers on Wall Street”. Then, in a turn that shocked some loyal party members, Andersson directly addressed the country’s 2 million-odd refugees and migrants.

“If you are young,” she said, “you must obtain a high school diploma and go on to get a job or higher education.” If you receive financial aid from the state, “you must learn Swedish and work a certain number of hours a week.” What’s more, “here in Sweden, both men and women work and contribute to welfare.” Swedish gender equality applies “no matter what fathers, mothers, spouses, or brothers think and feel.”

In 2015, Swedes took immense pride in the country’s decision to accept 163,000 refugees, most from Syria, Iraq, and Afghanistan. “My Europe takes in refugees,” Lofven said at the time. “My Europe doesn’t build walls.” That was the heroic rhetoric of an all-but-vanished Sweden. The Social Democrats now deploy the harsh language only far-right nativists of the Sweden Democrats party used in 2015. Indeed, a social democratic organ recently noted with satisfaction that since “all major parties today stand for a restrictive migration policy with a strong focus on law and order”, the refugee issue is no longer a political liability.