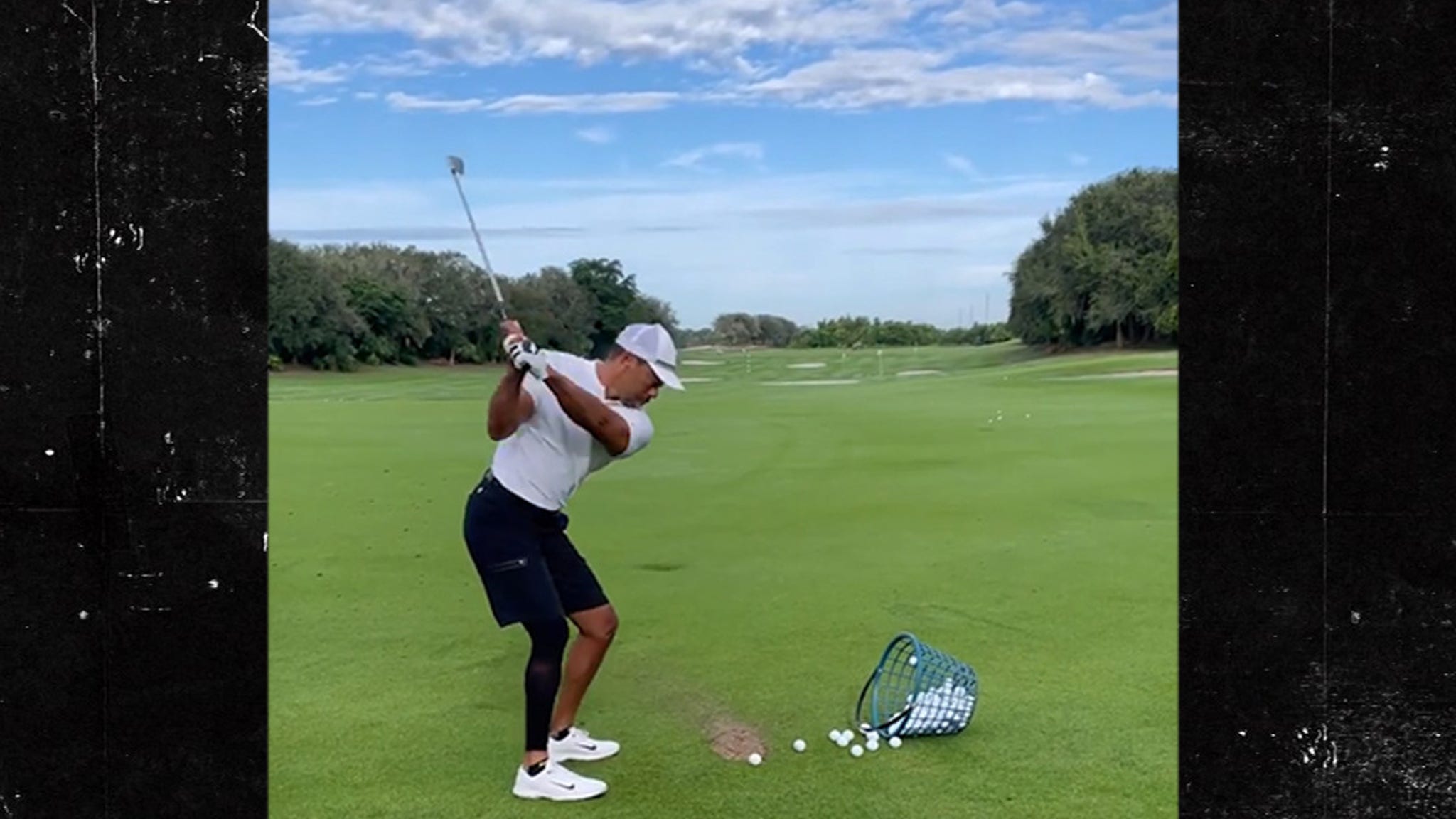 Tiger Woods has resumed swinging a golf club again … the legendary ball-striker just posted a video of the incredible feat, and he looks GOOD.

The 45-year-old — who badly injured his right leg in a car crash back in February — showed the footage on Sunday morning … revealing he’s been cleared to swing his irons again.

In the clip, Tiger can be seen hitting a ball at far less than 100 percent of his normal, pre-crash swing … but the strike is still clean and the ball still traveled far nonetheless.

It should be noted, Tiger’s divot pattern on the ground suggests he took a BUNCH of swings during the session … and it seems he was planning to take even more given the number of range balls left in his basket.

It’s all an amazing sight for Tiger and golf fans — particularly considering how Woods looked while walking into a hotel in Los Angeles just days ago.

Tiger was spotted sporting a noticeable limp … and many wondered how it’d possible for him to swing a club again given how gingerly he was moving.

No word on if Tiger’s been cleared to swing the driver or even play on actual courses yet … but watch the video again — it’s clear that’s all coming soon if it hasn’t already.