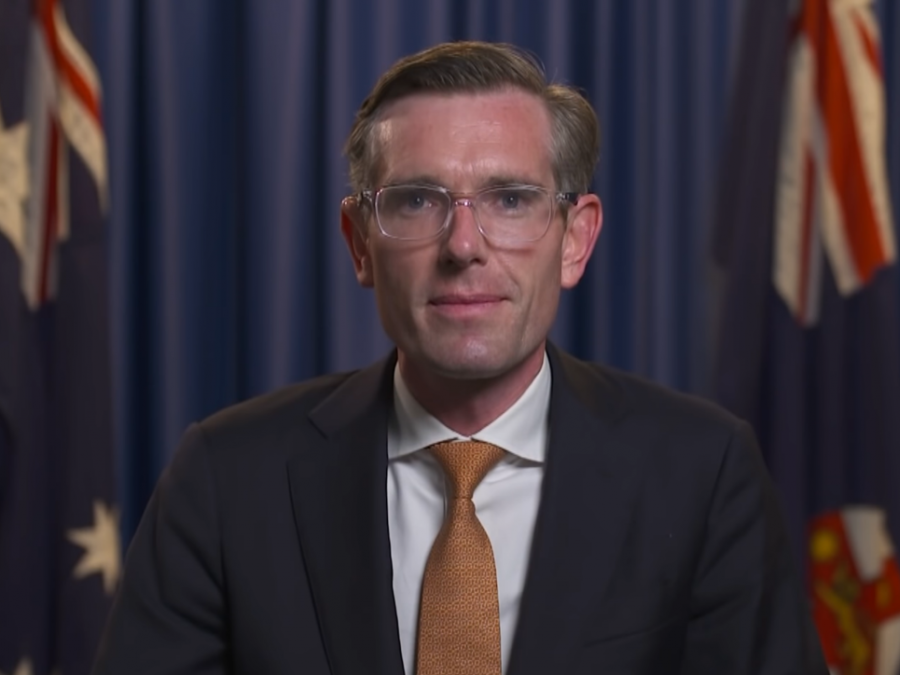 The $5.5 million grant to fund a 1,000-person convention centre at a gun club in Wagga Wagga was the only one – of over 90 grants – in the NSW Murray-Riverina region that went to a non-government entity.

The revelations come as it has been officially confirmed that it was new NSW Premier Dominic Perrottet – not Gladys Berejiklian, who has resigned over the scandal – that signed off on the $5.5 million grant at the heart of the NSW corruption watchdog’s investigations.

NSW Government documents reveal that at June 2019, 92 grants, totalling $153.8 million, had been made to fund infrastructure projects in the Murray-Riverina region, under the Restart NSW program.

The only grant that went to a non-government entity was the $5.5 million that Perrottet awarded to the Australian Clay Target Association in Wagga Wagga, about 250 kilometres west of Canberra.

Of the 92 Murray Riverina grants, 90 went to local councils, mostly under a “fixing country roads” project and one went to the public Charles Sturt University — a $1 million grant to fund an equestrian centre.

The spotlight has fallen on Perrottet, now NSW Premier, after The Klaxon on Tuesday revealed that as NSW Treasurer it was his responsibility to approve or reject the $5.5 million grant to the Australian Clay Target Association in Wagga Wagga.

The Klaxon has since obtained official confirmation it was Perrottet who personally signed off on the gun club grant in August 2017.

The explosive revelations shed remarkable new light on the controversy, which has up-ended the NSW Government and is the focus of ongoing public hearings by the NSW Independent Commission Against Corruption (ICAC).

The revelations are particularly extraordinary because Perrottet has been NSW Premier for just two weeks.

He was sworn in on 5 October, after Berejiklian resigned both as Premier and from NSW Parliament entirely when ICAC revealed on 1 October that she was being investigated in the scandal.

Perrottet has not been named by ICAC as being investigated, only Berejiklian and former long-time Wagga Wagga NSW MP Daryl Maguire.

ICAC is yet to make any findings and Berejiklian has said she “always acted with the highest level of integrity”.

Last year, in an earlier ICAC public hearing, it emerged that Berejiklian had been in a secret relationship with Maguire from at least 2015 until August 2020.

In 2018, Maguire was forced to resign from parliament after an ICAC investigation found he had sought secret payments from a major Chinese property developer.

On Tuesday, The Klaxon revealed that the $5.5 million gun club grant has been signed off in August 2017 despite it being “unusual” and the NSW Office of Sport not wanting “any involvement” in the project, according to internal government emails.

‘The project is unusual… The ERC [Expenditure Review Committee] minute approved it before we had ever heard of it. Our recommendation doesn’t need to go back to the ERC, but it does need the Treasurer to approve it.’

‘We need to ensure that the funding goes to public infrastructure, not private assets on private land.’

The Australian Clay Target Association allows entry to members of the public, but it is a private entity and is situated on land that it privately owns.

Tales from the Riverina

As at June 2019, grants totalling $1.6 billion had been made to 626 infrastructure projects in NSW under the Restart NSW program, NSW Government documents show.

Restart NSW is a rolling, multi-billion dollar infrastructure project launched by the NSW Government in 2011.

Restart NSW houses numerous smaller funds, such as the “fixing country roads” fund mentioned above, from which grants are awarded.

The $5.5 million gun club grant was made from one of those sub-funds, called the “regional growth — environment and tourism fund”.

By June 2019, the “regional growth — environment and tourism fund” had made around $140 million worth of grants to projects ‘including nature walks, historical sites, cultural centres and a koala hospital’, the 48-page NSW Government document states.

The regional growth — environment and tourism fund is now “fully allocated”, according to NSW Government documents.

‘The Restart NSW Fund Act 2011… provides the Government, through the Treasurer, with clear oversight of Restart NSW expenditure and sets out the process for fund allocation.’

Perrottet became NSW Treasurer in January 2017 and remained in the role until two weeks ago when he became NSW Premier.

There were two key milestones in the awarding of the $5.5 million grant to the gun club.

The first was it went to the NSW Expenditure Review Committee, where the funds were “set aside”, with the grant approval depending on a string of conditions, including the requirement that it be approved by the NSW Treasurer.

The gun club proposal was taken to the ERC on 14 December 2016, when Berejiklian was NSW treasurer.

ICAC heard this week that Berejiklian as the NSW Treasurer had allegedly pushed for the gun club proposal to be taken to the ERC, which as Treasurer she oversaw, despite serious concerns being raised about its viability and value for taxpayers.

This week ICAC published an email written on 12 December 2016, two days before the gun club proposal went to the ERC.

The email was written by Nigel Blunden, who at the time was an advisor to the then NSW Premier Baird.

The email was about the $5.5 million gun club grant proposal and is headed:

The proposal had not been “subject to any independent review” and no feasibility study had been undertaken.

Increased tourism ‘accounts for 97 per cent’ of the forecasted benefits, ‘so it’s suss’, Blunden wrote.

At the 14 December 2016 ERC meeting two days later, overseen by Berejiklian, it was agreed that the $5.5 million would be set aside for the gun club grant. The official document recording that decisions shows there were numerous conditions attached.

One was that a grant was ‘subject to the finalisation of a satisfactory business case’, which then “can” be approved by the Treasurer.

‘The grant is subject to the finalisation of a satisfactory business case, noting that this can be approved by the Treasurer following Infrastructure NSW assurance processes linked to the fund.’

This decision by the NSW Treasurer, to approve or reject the $5.5 million grant, was the second key milestone in the process.

Perrottet, as NSW Treasurer, approved the grant in August 2017.