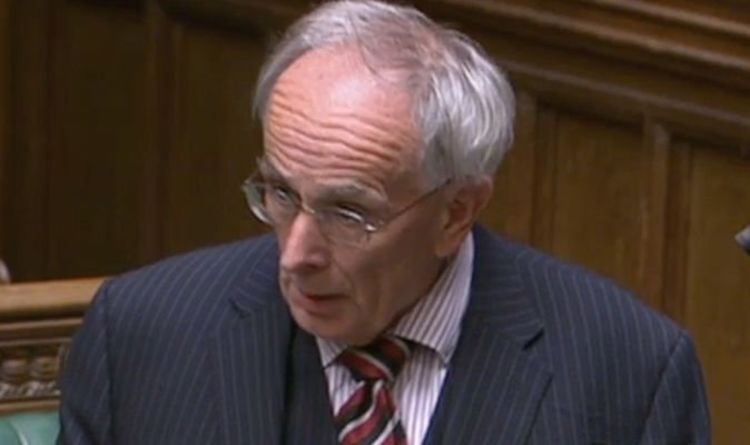 France and the UK have been at loggerheads for months over the British Government’s insistence that French border patrol act timely to stop Channel Crossings.

Home Secretary Priti Patel threatened to withdraw funds the UK agreed to pay to France to process migrants across the Channel unless immediate action is taken.

But Conservative MP Peter Bone demanded the UK be tougher with Paris to put an end to the migrant flows.

Addressing Ms Patel in the Commons, Mr Bone said: “Would the excellent Home Secretary agree that the sensible and humane way to deal with this problem is for the French to agree a return policy?

“So that immigrants turning up on our shore could be given a hot cup of tea, ensured they had warm clothing and put back on the first ferry to Calais?

“This would make the cross-Channel route unviable.”