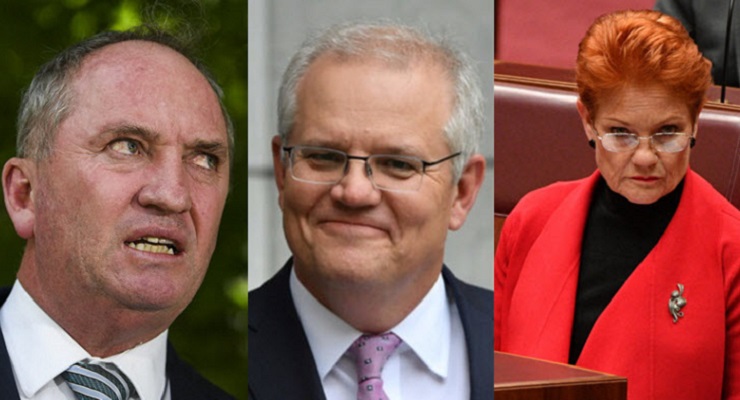 The Coalition’s reactionary fringe and One Nation are throwing a spanner in the government’s plans to pass some of its election promises.

Scott Morrison has a problem. The return of Parliament today, for the final sitting fortnight of the year (and possibly the term), takes the prime minister away from the comfort of the campaign trail. And it means the government might have to do something it’s been reluctant about doing over the past three years — legislation. Specifically, two controversial and complex election promises in religious discrimination laws and a National Integrity Commission.

Add in the Morrison government’s strange plan to introduce voter identification laws, and hints that legislation for an Indigenous Voice to Parliament could be imminent, and there’s a lot on the table for the last sitting fortnight. And yet, it could all be blown up by the Coalition’s own conservative fringe. Two senators — Gerard Rennick and Alex Antic — are threatening to withhold their vote on any legislation unless the government pushes back against “vaccine mandates,” making the government’s already slim chances of passing those election promises even slimmer.

Over the last month, Rennick, a relatively obscure first-term Queensland LNP senator has become one of the most popular Australian politicians on Facebook by crowdsourcing stories of supposed adverse reactions to vaccines, and supporting anti-vaccine mandate protests across the country. He’s also been using a taxpayer-funded website to gather instances of alleged side effects.