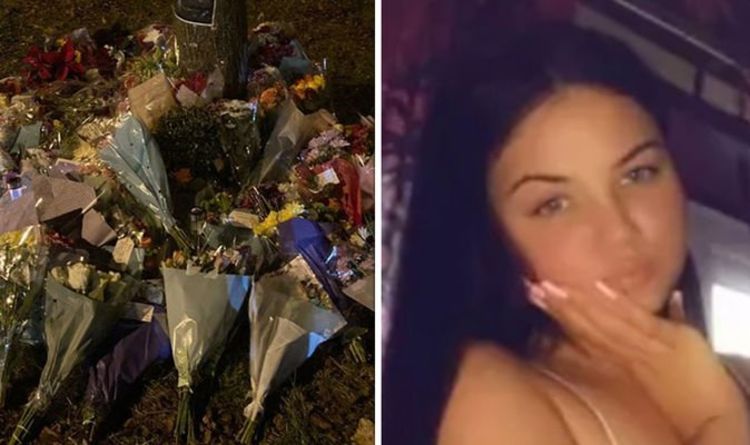 The teenager, who died in Harvey Road, Allenton on Saturday evening, has now been named by police as Keely Birks. She was fatally injured after she was involved with a collision with a Vauxhall Astra at about 8pm, and died shortly afterwards.

A Derbyshire Police statement said: “Her family and friends are being given specialist support by our officers.

“Our investigation into the circumstances is ongoing but we can confirm that we have recovered the vehicle believed to be involved.”

Claims circulating on social media suggested the driver had been travelling at 100mph and had failed to stop.

However the statement added: “We would like to ask for the public’s patience while we work to trace those involved, and urge people not to speculate on social media.

“Residents in the area around the collision site are likely to see an increased police presence throughout today as officers continue their enquiries.”

Detectives from the force’s specialist collision investigation unit are asking any witnesses who may be able to assist them to come forward.

“I love you forever and always. Forever 17.”

Another tribute reads: “Yesterday the most beautiful precious angel was taken far too soon. Forever 17.

“She was loved by so many people and known by everyone, it is a massive shock to everyone and you really don’t know what’s around the corner.

Another poster said: “RIP Keely, it was a pleasure to have met such a lovely young girl with such incredible potential and energy.

“You will be sadly missed by our group and everybody at college.

“Our thoughts are with all Keely’s family and friends.”

A classmate said: “Heartbreaking to hear the loss of Keely.

“We will all miss seeing and hearing your laugh around college.

“That goes for all the staff and your classmates.”