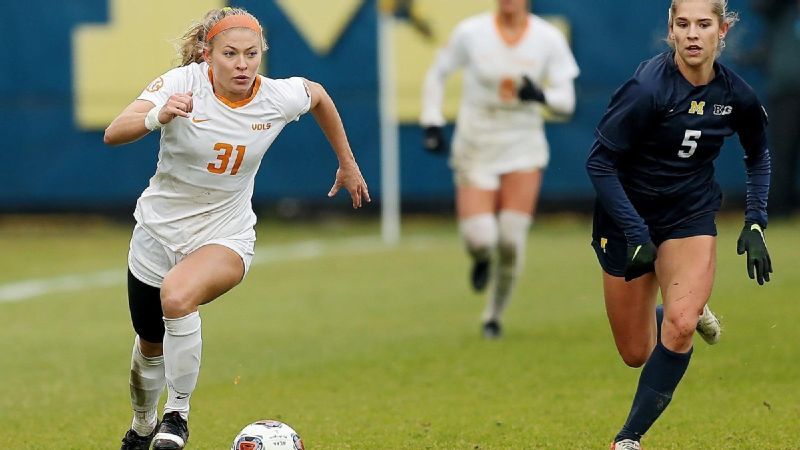 ANN ARBOR, Mich. — No. 6 Tennessee’s record-breaking season came to an end in the NCAA Round of 16 on Sunday as the Vols fell to the host team, No. 9 Michigan, 3-0.

With a record of 20-3-0, this squad finishes the season as UT’s winningest team in program history, having claimed an SEC East Division title and UT’s first SEC Tournament Championship since 2008. They also set new single-season records for longest shutout streak (633:53) and total shutouts (13).

“This of course doesn’t take away from the historic season that our team had. The worst part is that the season is over. You never prepare for this moment. You never want this moment, and it never feels good. Our kids are heartbroken that they don’t get to play next weekend, and heartbroken that they don’t get to do this as a group anymore. We are so thankful to our seniors for what they’ve given to this program. They have all left an indelible mark, for sure.”

Third-seeded Tennessee was led by Jaida Thomas, Wrenne French and Taylor Huff who each tallied two shots and one shot on goal. Lindsey Romig made six saves on the day.

The Vols were aggressive early, getting a shot off after a corner kick less than a minute into the match and seeing another opportunity on a cross through the box two minutes later.

Michigan countered by picking up the tempo, getting off three shots and forcing Romig into two saves between the five- and 10-minute mark. Stratigakis struck first for the Wolverines, finding the side net from 12 yards out 14:37 into the game.

Tennessee nearly evened the score a minute and a half later when Huff threaded a pass through the UM defense to find Thomas in the box, but the shot was deflected wide.

The Wolverines added to their tally in the 26th minute when Haakenson got on the end of a corner to put Michigan up 2-0. Lawson Renie took a look from 25 yards out in the 32nd minute, and Hannah Tillett put a shot on frame right before the buzzer, but neither found the net, and the Vols went into the locker room down 2-0.

Michigan dominated possession in the opening 15 minutes of the second half, outshooting UT 6-1, but the Vols’ defense held tough.

Tennessee got a quality look off a set piece in the 63rd minute, forcing a corner before French got a shot off from inside the box, but the ball sailed high. The Wolverines notched their third goal of the game three minutes later when Woods broke behind the UT back line and was able to slot a ball near post.

Huff put a shot on frame in the 78th minute, forcing Hillary Beall into a diving save, and Thomas got a foot on the rebound, but a Michigan defender was there to block the shot.

The Vols had one last opportunity on a free kick in the 89th minute but couldn’t connect, falling 3-0 in Ann Arbor.

NCAA NUMBERS: This was UT’s 13th overall NCAA Tournament appearance since 2001. UT is 16-11-3 all-time in the NCAA Tournament, having advanced to the NCAA Round of 16 seven times.