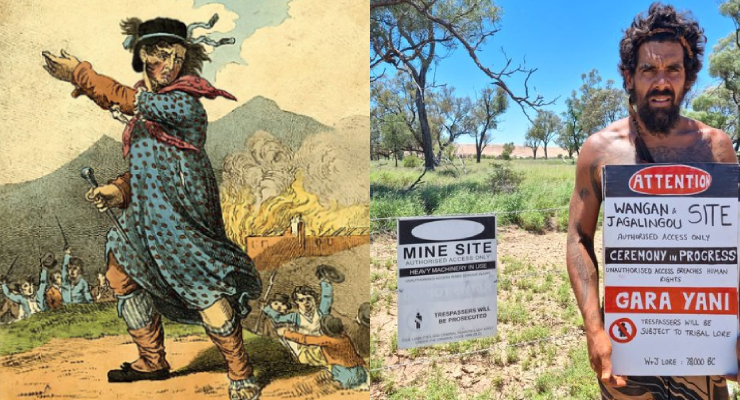 Growing up, I was always drawn to the settings of computers and other devices. I have fond memories digging through the menus of my father’s PDA and Microsoft Word 95, toggling different functions. It was fun exploring all the different things that you could do (except when I accidentally deleted everything on dad’s device). Not so surprising that I ended up being a tech reporter, hey?

Being vaguely pro-technology has been a personal bias of mine and, generally speaking, of the journalists who have covered the tech industry. But in just over a decade, tech journalism has gone from writing “this website is letting you tag your friends in photos!” to “this website facilitated ethnic cleansing”. It’s enough to give you whiplash.

Now when I hear about cryptocurrencies and the Metaverse or whatever new, buzzy thing is being spruiked by someone with a cartoon ape as their profile picture, I feel, well, jaded.

Every mildly exciting promise seems to come with a lot of ethical problems that get waved through by people who usually stand to make a motza from it. Every time it feels like applying “milkshake duck” to technology: “The whole internet loves NFTs, the new way of owning stuff on the internet. (*Five seconds later*) We regret to inform you that creating an NFT produces 200kg of planet-warming carbon.”

I’ve been reflecting on the reflexive pessimism that rises in my chest when I read a tweet from some VC spruiking the next big thing. Is my ability to evaluate the impact of technology being obscured by past mistakes that don’t have any bearing on what’s next? Am I just being a Debbie Downer?

But recently I’ve decided to embrace being a Luddite.

In a piece that corrects some of the misperceptions about Luddism, Monash University research fellow Jathan Sadowski makes the case for a modern reclaiming of the word: “A neo-Luddite movement would understand no technology is sacred in itself, but is only worthwhile insofar as it benefits society. It would confront the harms done by digital capitalism and seek to address them by giving people more power over the technological systems that structure their lives.”

We’re not just being haters by questioning who stands to gain from new technologies. I would argue that in 2021 it’s malpractice to think about emerging and existing technologies with anything but an even scepticism. This is doubly so when considering how the tech industry is immensely and increasingly powerful and rich. With big tech making land grabs in new technologies to extend its dominance, Silicon Valley would love it if we gave it the benefit of the doubt.

That’s why when you hear Scott Morrison place all our chips on miscellaneous technologies to solve our climate change issues, or when Mark Zuckerberg says his mission of connecting every human being is inherently a good thing, we are right to ask questions and demand answers.

How a former Family First leader and a property mogul run a network of online anti-vaxxer, anti-Dan Andrews groups
Last week, I dropped an investigation into the source of a major anonymous online campaign against Victoria’s proposed pandemic law. What I found was that it was a Trojan Horse for people with more extreme beliefs. (Crikey)

Someone made a Pirate Bay for NFTs
Not technically by an Australian publication but about an Australian. By now, you’ve certainly heard the hype around non-fungible tokens (which, the tech’s supporters will tell you, is nothing like the Tulip mania of the 1630s). Anyway, Australian programmer and general online rabblerouser Geoff Huntley took all these precious, non-replicable digital items… and replicated them. All of them. (Vice)

TikTok users offered $300 to produce anti-ScoMo content for Labor campaign
During the 2020 US presidential election, influencers were given money to promote candidates’ campaigns. Looks like that could come down under. (Crikey)

Up north there is a David and Goliath battle going on. Wangan and Jagalingou Nagana Yarrbayn cultural custodians are fighting against Bravus (neé Adani) to protect land and water in the Galilee Basin from being destroyed by the construction of the Carmichael coal mine project. And the fight’s gone digital.

Facing off against a mining company with a market cap of $100 billion, protestors are using a social media campaign to draw attention to their struggle and position themselves as the rightful owners of the land.

It’s a pretty heavy concept — losing land which was never ceded to a company that wants to carve it up, extract parts of it and pollute the rest — but I have to say the content is often warm and defiant.

While the group’s Facebook page shares heartbreaking images of the ongoing damage, calls for assistance and news on the latest developments, a lot of it is capturing moments from the people at the heart of the effort to stop the mine.

As far as a strategy goes, it’s helping. This fight has gotten a fair bit of media attention due, at least in part, to its online presence.

The key part of this is how it’s managed to frame the fight. I think it’s telling that unlike other campaigns against mining projects where the opposition is framed by mining companies (and media allies) as being nefarious activists, I’ve only seen the group referred to as traditional owners. Their use of Facebook is allowing them to dictate their own terms in a PR fight against a much bigger corporate power.

Here’s to the Wangan and Jagalingou people standing their ground.