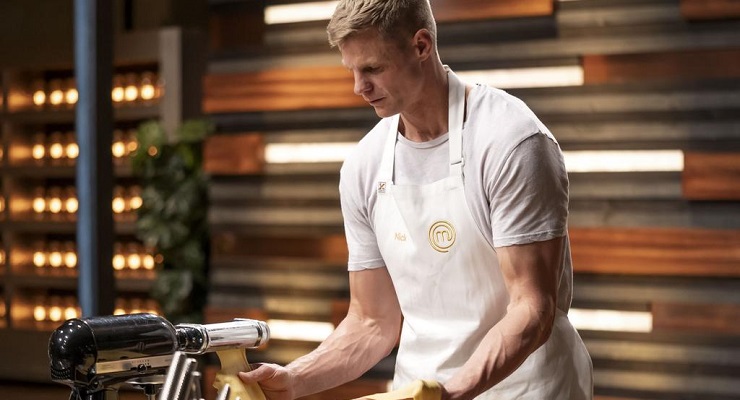 The big man Nick Riewoldt flew on the finale of Celebrity MasterChef Australia.

Celebrity MasterChef Australia — 1.088 million for the winner’s announcement and 979,000 for the lead-up. And big man Nick Riewoldt flew, snatching the win and taking Ten out of the 2022 ratings season on a high night.

Meanwhile at the ABC, Australian Story’s last ep for the year was a good profile of a Grace Tame. 844,000 viewers agreed.

Still, it was Nine’s night from Seven and Ten. Seven’s Big Brother VIP only managed 491,000 from 7.30 to 9pm. Yes it will pick up viewers from streaming, but it’s still a laughable figure.