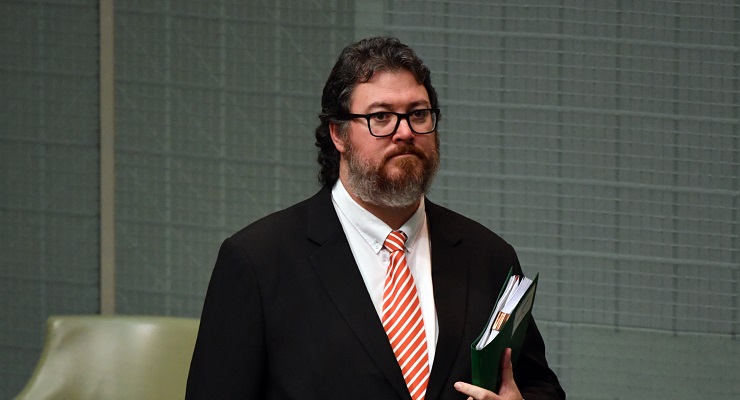 Is George Christensen: member for the blockchain? Plus, Advance Australia loses something important, and more tips and murmurs from the Crikey bunker.

Crypto Christensen Crikey’s favourite maverick MP George Christensen has many well-known special interests — travelling to the Philippines, spruiking Ivermectin, and most recently threatening the government’s agenda over vaccine mandates. But another lesser-known special interest was disclosed this week — his love of cryptocurrency. Christensen updated his register of interests on Monday to say he had opened up two crypto accounts — one with the platform CoinJar and another with MetaMask. Given the whole point of cryptocurrency is to make transactions less traceable, we wonder what the point of disclosing the accounts is. But then again, it is nice to see George following the conventions of parliament.

Advance Australia where? Right wing lobby group Advance Australia has rebranded itself as “ADVANCE”, updating its website with “a bold new look” that reflects who the lobby group is “today and into the future”. Crikey can’t help but note the fact that the lobby group which champions patriotism over all other things has managed to remove the word “Australia” from its name. But don’t despair, ADVANCE is still committed to putting “everyday Australians upfront” — the everyday Australians that want to grow nuclear power capabilities, dismantle the ABC and prevent the education system from “brainwashing” our kids. Real everyday stuff.

Sit this one out, champ Strange to see Peter “no ticker, no start” Costello piping up on the subject of interest rates to Alan Kohler on the ABC’s 7.30 last night. Costello was treasurer in a government that boasted that interest rates would always be lower under the Coalition — before the Reserve Bank proceeded to demonstrate him wrong not once, not twice, but six times between 2005 and 2007, as the Howard government’s spending spiralled out of control. Costello reckons the RBA is being irresponsible in saying “it could hold the three-year rate at 0.1% out to 2024”, despite the fact that the RBA has in fact said it will lift rates only when inflation is sustainably within its target band, driven by wages growth. It doesn’t expect those conditions to be met until 2024.