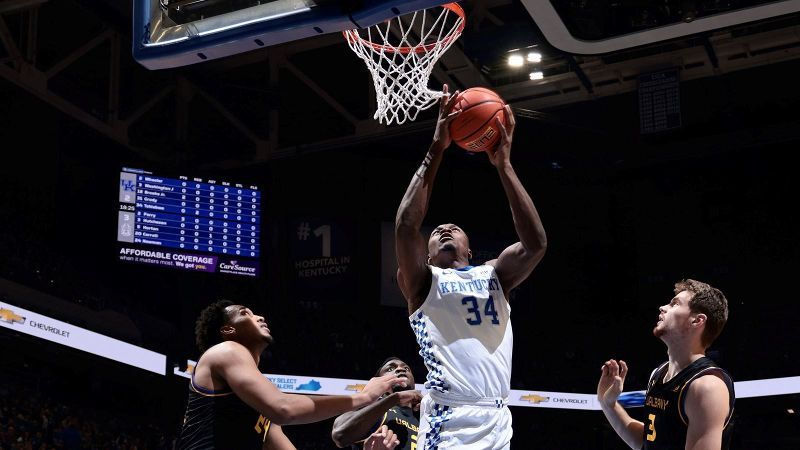 The Wildcats (4-1) led throughout but played at a slower pace than usual in building a 46-35 advantage early in the second half. A few spurts, including an 8-0 run to make it 61-39 with 8:28 remaining, put the game out of reach.

Washington went 7 of 14 from the field and 2 of 3 on 3-pointers. Sahvir Wheeler scored 15 points, Kellan Grady made three 3s for 14 points and Oscar Tshiebwe had 14 rebounds and 12 points.

Albany: The Great Danes’ physicality helped slow down Kentucky and allow them to stay within single digits for about 25 minutes. But they were no match once the Wildcats became more aggressive and picked up the pace. Getting to the line was a struggle, to say nothing of their problems making them.

Kentucky: The Wildcats cooled off a bit from 59% shooting in the first half but still were fairly consistent. Turnovers remain an issue as they committed at least 15 for the second consecutive game. Kentucky had just 13 assists on its 32 baskets.