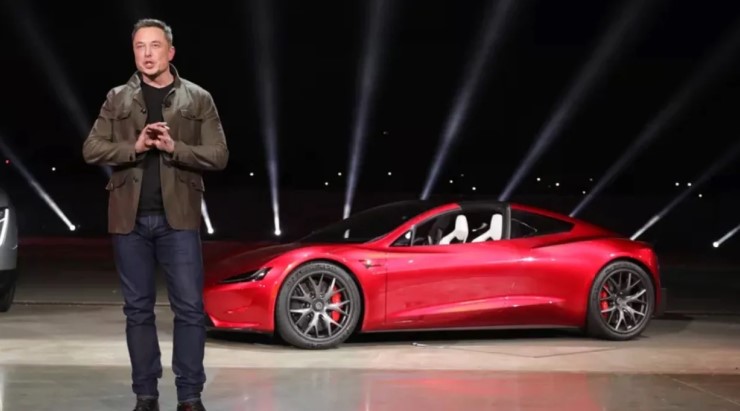 The thing about asset bubbles is they’re not created equal.

Certain asset classes and individual securities will grab an outsized share of attention and price appreciation. The current bubble in markets is almost a decade old and has been spurred by central banks essentially destroying the value of money. This has meant great franchises (think Apple, Microsoft, Atlassian, Netflix, Alphabet) are likely overpriced.

Then you’ve got the seedier end of the bubble — from genuinely good businesses that unfortunately don’t make much money (Tesla) to downright terrible businesses that probably won’t survive.

Let’s look at some highlights of the bubble in more detail.

The granddaddy of today’s bubble is of course Tesla, the allegedly trillion-dollar business which is almost tailor-made for this sort of environment. It has in Elon Musk an enigmatic, charming and borderline sociopathic leader, who is part genius and part vile, offensive douche (the two are not mutually exclusive: see Steve Jobs). Tesla has created a brilliant product (your writer loves his Tesla) and an incredible narrative. It also has a vertically integrated supply chain and distribution network that is far efficient than the incumbent third-party dealership network.

Tesla could very well be the most valuable car business in the world. The thing is, Toyota, which is the second most valuable car maker, has a market capitalisation of $255 billion. It generates about US$245 billion in annual sales. Tesla is valued by the market at $1.13 trillion (down from $1.3 trillion a few weeks ago) despite managing only US$31 billion in sales.

There are very good reasons why Tesla could receive a higher multiple than a legacy, slower-growing business like Toyota, but both make cars and Toyota (which is genuinely profitable) is priced at one times’ sales, while Tesla is priced at more than 30 times’ sales.

Such is the absurdity surrounding Tesla that a recent price rise was caused by a bankrupt car rental firm (Hertz) possibly ordering 100,000 Teslas (which even Musk noted wouldn’t actually change Tesla’s valuation.

Tesla’s main competitive advantages — its product and brand — are assailable. Even if the legacy car makers struggle to match its design and brand, Apple confirmed again last week that it was working on its own EV, which could take a big chunk out of Tesla’s cache (most Tesla owners love Apple even more than they love Tesla).

Telsa’s share price could fall by 95% and it still wouldn’t be cheap. But Tesla looks like a veritable value stock compared with rival EV manufacturer Rivian which makes a cool-looking electric SUV and is part owned by Amazon.

Last year it delivered a grand total of 156 cars (mostly to employees) and even now Ford and GM sell far more cars in a day than Rivian will sell next year. But that didn’t stop Rivian raising US$11 billion for a valuation of US$90 billion (since increased to US$127 billion), making it, comically, the world’s third most valuable car maker. It is worth roughly the same as Honda, Hyundai and BMW combined.

Rivian forecasts revenue of between zero and $1 million in the third quarter while losing US$1.28 billion. Oh, and it is also being sued by a former senior executive for having a “toxic bro culture”. This. Will. Not. End. Well.

While the US appears to be the epicentre of the current bubble, Australia isn’t being totally left out. Last week Beforepay — which claims to be a buy-now, pay-later provider but is really a dodgy payday lender with a misleading name — announced plans to list on the ASX in December at the ambitious valuation of $158 million.

In addition to its business essentially being an online pawn shop, the valuation is — to use a technical investing term — batshit crazy. In almost two years, Beforepay has lent only $100 million to 100,000 (presumably fairly desperate) customers. The AFR claimed that Beforepay generated $4.5 million in revenue last financial year, which puts it on a historical multiple of 30 times revenue. ANZ, with a very different business and growth profile, trades on a four times revenue multiple. Even worse, Beforepay’s write-offs exceed the amount it makes in interest revenue.

It appears that Beforepay is both morally and profitably bereft, not a great combination. One may be forgiven by some; both, less so.

Beforepay’s founder Tarek Ayoub appears to been cast aside and the business is now led by former McKinsey consultant and Westpac chief strategy officer Jamie Twiss (because bankers make such great start-up execs). Beforepay is being chaired by former Westpac CEO Brian Hartzer, who was forced to resign as CEO after the AUSTRAC scandal in 2019.

Warren Buffet once famously quipped that only when the tide goes out do you discover who was swimming naked. We may shortly be copping an eyeful.