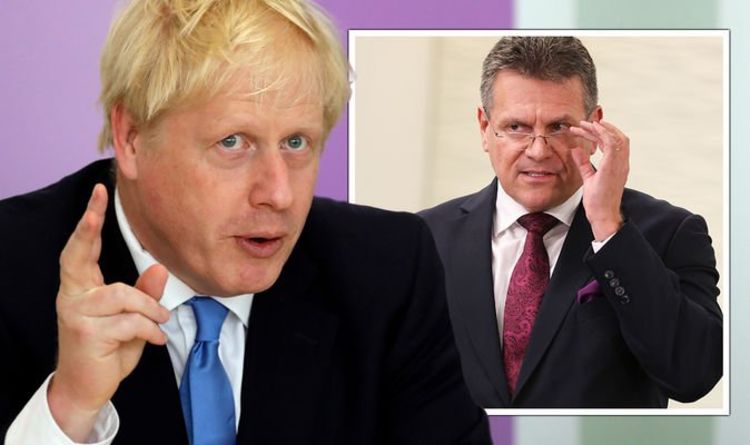 A Brexit breakthrough could be on the horizon with German finally breaking its silence on the ongoing row over the Northern Ireland Protocol.

German Minister for European Michael Roth has called for Britain to “come to its senses” over the ongoing dispute.

He also warned the situation is “not a game”.

Taking to social media outside the EU Commission, Mr Roth said: “Dear friends in London and in Great Britain, please come to your senses.”

In his video, he continued: “We want, damn it, to work together as partners and friends. We don’t want to permanently argue about what we actually have agreed.”