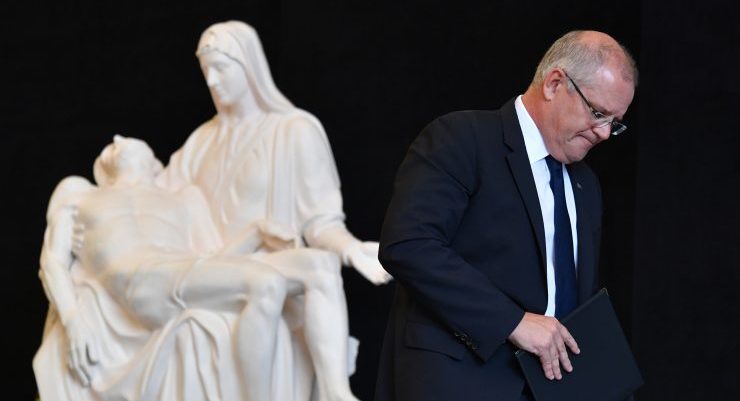 Like past versions of the religious discrimination bill, the Coalition’s latest attempt is divisive, and chances of it passing before the election are slim.

The Morrison government’s first two attempts at passing religious discrimination laws were shelved after leaving nobody happy. Its next attempt at meeting one of the first promises Scott Morrison made after becoming prime minister in 2018 is similarly divisive.

The bill — which Morrison will personally introduce to Parliament, probably tomorrow — has the Australian Christian Lobby encouraged, LGBTIQ groups deeply concerned, and moderate Liberals urging caution. It means there’s little chance of it being passed this year, with review from a Senate or joint parliamentary inquiry all but certain.

The ACL has been one of the loudest voices calling for religious discrimination laws, lobbying the government, and in particular Attorney-General Michaelia Cash, for months. It criticised previous versions of the bill that gave even more concessions to the faithful than the new draft, but says it is “encouraged by what’s in, disappointed about what’s out”.