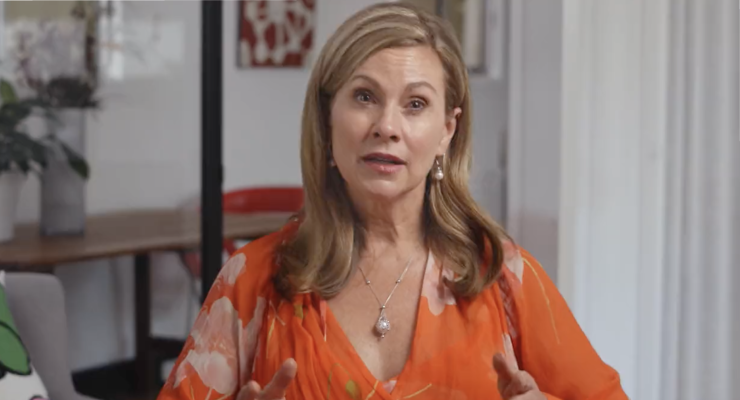 Staff from the office of Australia’s eSafety Commissioner Julie Inman Grant admitted that her appearance on the podcast of a US-based anti-porn, anti-sex trafficking organisation added to LGBTIQ+ and sex worker communities’ fears about her new powers.

Emails obtained through a freedom of information request reveal the fallout from Inman Grant’s interview on the National Center on Sexual Exploitation (NCOSE)’s Ending Exploitation podcast to talk about her office’s initiatives.

NCOSE is a not-for-profit that under its previous name, Morality in Media, was one of the main fighters in the religious right push to ban pornography or forms of obscenity. In 2015 it rebranded, but has stuck to claims that pornography is a “public health crisis” and has been criticised for making claims about the harms of pornography that go against peer-reviewed research.

Inman Grant’s appearance on the podcast was a recorded interview broadcast at the Coalition to End Sexual Exploitation summit in July, just weeks after the Parliament passed the Online Safety Act.

The law, which doesn’t come into effect until January, gives the eSafety commissioner a raft of powers to remove cyberbullying content, abhorrent violent material and image-based abuse. The sex industry has raised concerns that its online content scheme could be used to remove its content or even delete its social media accounts — something that Inman Grant says she won’t do.

It was only after the podcast was published in September and promoted on Inman Grant’s Twitter account that it drew the attention — and ire — of people online who criticised her for appearing with NCOSE. This was influenced by news editor of sex industry trade publication XBIZ Gustavo Turner’s coverage.

“Would ANYONE in the Australian press ask Julie Inman Grant @tweetinjules if she believes ‘all pornography should be eradicated’ and if she includes literature, women’s magazines, Honey Birdette ads and LGBTQ+ material in the definition. If ‘no’, then why endorse NCOSE?” he tweeted.

One staff member replied, confused about Inman Grant’s appearance. They attached a screenshot from a Google search of NCOSE that shows it listed as “an American non-profit known for its anti-pornography and anti-sex trafficking advocacy”: “Is this accurate? Who recommended that we do this? Was due diligence done?” they asked.

A staff member responds later by raising the alarm about NCOSE’s past efforts, including trying to block LGBTIQ+ content on schools computers.

These emails back up Inman Grant’s previous public statements that she was unaware of the background of NCOSE, and that she appeared in response to its invitation.

Inman Grant and staff agreed to delete her tweet promoting the podcast, but advised against speaking to XBIZ.

“This is a good lesson for the due diligence that needs to be done through the invitations process … But yes all, a cautionary tale …” Inman Grant wrote.

The founder of Australian sex work and technologist group Assembly Four, Eliza Sorensen, who submitted the request for documents, said the emails confirmed their disappointment that the eSafety commissioner hadn’t done due diligence.

“It’s fair to say, we all know what happens when politicians and public servants lend credibility to fundamentalist organisations that are grounded in the oppression of marginalised voices,” she said.