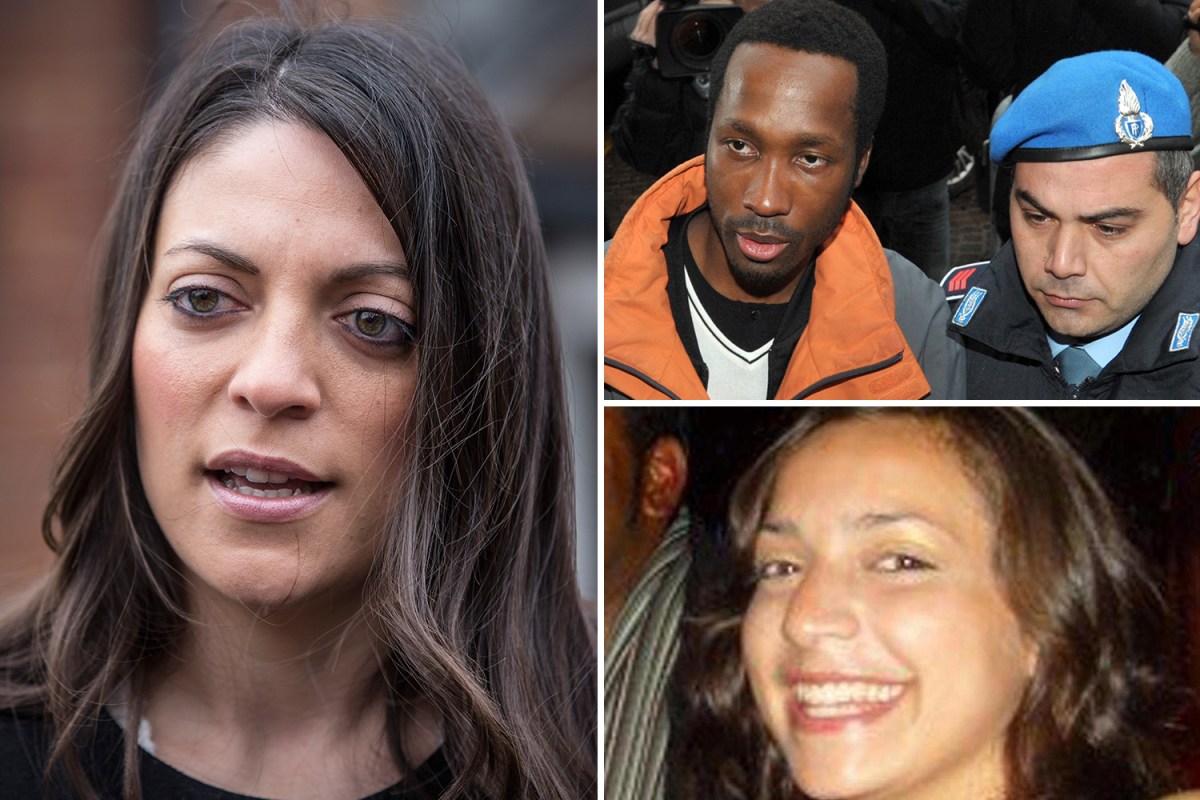 MURDERED British student Meredith Kercher’s sister has called the early release of the man who killed her sibling a “shock”.

Stephanie Kercher, 38, said the release of Rudy Guede, convicted of the 2007 murder of Meredith, has come as a surprise.

Guede, 34, was released early from prison for good behaviour after he was due to complete his sentence on January 4.

The drifter served just 14 years of his initial 16-year jail sentence after he was convicted in 2008.

Stephanie, 38, told the Daily Mirror: “It’s a shock obviously. I always knew the day would be coming at some point, but for it to be early again is a bit of a surprise.

“It’s not going to change anything for our family in the sense of Meredith.

“I just hope that he has taken those right steps, and the justice system is right in its decision.

Fabrizio Ballarini, his lawyer, confirmed to The Sun: “My client has paid his debt to justice. He is a free man.”

“First thoughts must go to the victim and her family. Rudy has undergone an excellent course of reeducation.”

In December Guede was released from prison and was to finish out his sentence doing community service for charities in Viterbo, near Rome.

Meredith, 21, from Coulsdon, Surrey was found half-naked with her throat cut in Perugia, Italy, in September 2007.

Her housemate Amanda Knox, 33, and Knox’s then-boyfriend Raffaele Sollecito, 36, were also convicted of murder but were released in 2011 following an appeal.

Knox slammed the early release of Ruede claiming she was also a victim of him as she had carried the burden of his crime.

“I continue to this day to be shocked that he is the forgotten killer,” Knox said on Good Morning America last year.

“The one who was quietly tucked away, convicted of a lesser crime, and does not have to live with the burden of forever being associated with Meredith’s death.

“I do know that many, many people have suffered a great deal because of what he did.”

Last year The Sun on Sunday revealed how Guede was on day release and working at a local library as we pictured him smirking while cycling to and from jail.

Guede was originally given 16 years but will serve the final years doing community service for local charities after his lawyer struck a deal with judges.

In September 2007 Meredith had just moved to Perugia in central Italy where she was studying at the city’s prestigious university. She was murdered two months later.

Guede is the only person handed a final conviction in connection to the case.