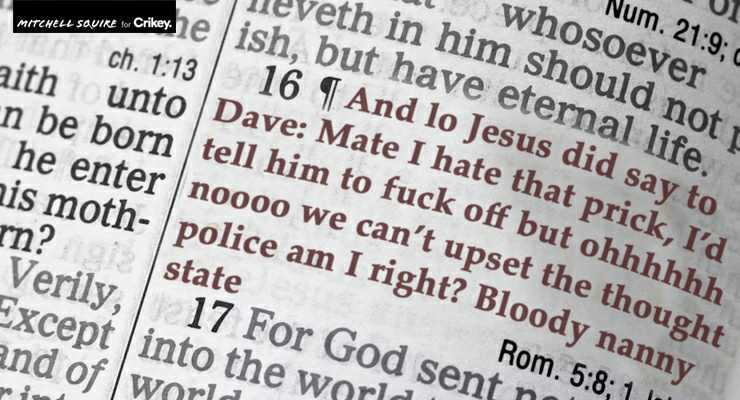 The religious discrimination bill is set to protect ‘statements of belief’, but how far does that extend? Let’s take a look at the holy books.

Under the religious discrimination bill released by the federal government, a so-called “statement of belief” will be protected speech. Such statements will not constitute discrimination against marginalised groups, as long as it is not deemed malicious, or considered to threaten, intimidate, harass, or vilify a person or group.

A note to the draft bill explains a “moderately expressed” religious view would not amount to vilification, and there has been some clarification that statements of faith in breach of professional standards will not be protected. Further, you don’t have to be religious to have statements of faith considered protected speech, and any genuine interpretation of religious doctrine or teachings is covered.

This still leaves a lot unknown. Here are six quotes from the Hebrew Bible (text of Judaism and Christianity) and the Quran (text of Islam). Is it OK to say them under the legislation? We asked our legal correspondent Michael Bradley for his views on some key quotes.