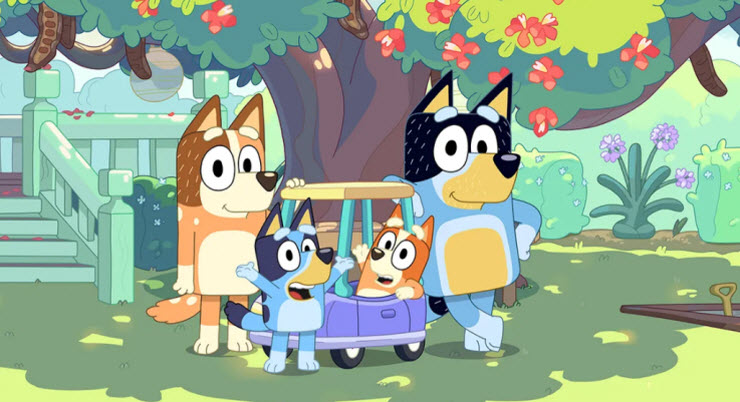 The world’s favourite cattle-dog family made a barking good return to our screens this week.

Bluey returned to our screens with new episodes this week, and yesterday we saw some stellar figures — yesterday’s ep averaged 471,000 in the morning, 322,000 in the evening (that’s two showings: one in the morning, the second in the early evening). That’s 793,000 all up who watched the blue cattle dog. And even though it was for seven minutes or so, it had more viewers combined than a lot of other programs, including Today, Sunrise, The Bachelorette (406,000 for the second last ep) and a host of others.

The combined figure (and I know you don’t treat ratings by combining programs broadcast twice in a day like that, although sometimes on subscription TV…) would have slotted the wonder dog at number eight nationally, just in front of Hard Quiz with 790,000. Bluey rules OK!

Seven won last night because it ran 90 minutes of Home and Away. With a solid 1.461 million average for the 6-7pm news, the bonus-sized Home and Away averaged 867,000. Another 90 minutes is down for tonight ahead of the Ashes edition of The Front Bar (I wonder how they will handle the Tim Paine story!).