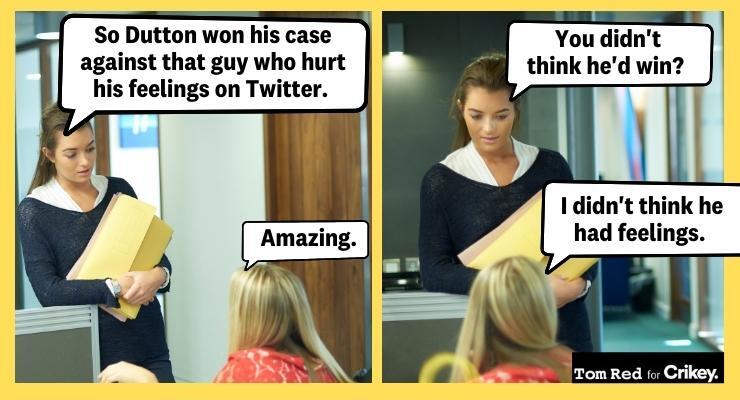 Like all law, defamation law is a construct — its only reason to exist is to deliver a social good. In the case of Peter Dutton and Shane Bazzi, it’s not quite clear that the social good of the law outweighs the harm.

Peter Dutton won his defamation case against refugee advocate Shane Bazzi via a reasonably uncontroversial application of the law. This is the simple breakdown:

The last point was the critical one: Dutton had (notoriously) referred to Higgins’ rape allegation as a “she said, he said” matter, causing social media to light up at the time. However, the judge said, Dutton’s comment did not “say anything at all about his attitude to rape”. I have some difficulty with that — “he said, she said” has a long and insidious cultural history — but it’s possible to see how the judge concluded that Bazzi’s tweeted opinion was too much of a stretch from that foundation.

So, Dutton wins and gets the pathetically small damages award of $35,000 for what the judge found were his temporarily hurt feelings. Of actual damage to his reputation or harm to his career, there was no evidence. Dutton is at serious risk now of an adverse costs order; he’ll almost certainly end up well out of pocket. That is, for wider purposes, by the by.

What does Peter Dutton’s defamation win say about the law and its social utility? Read on.