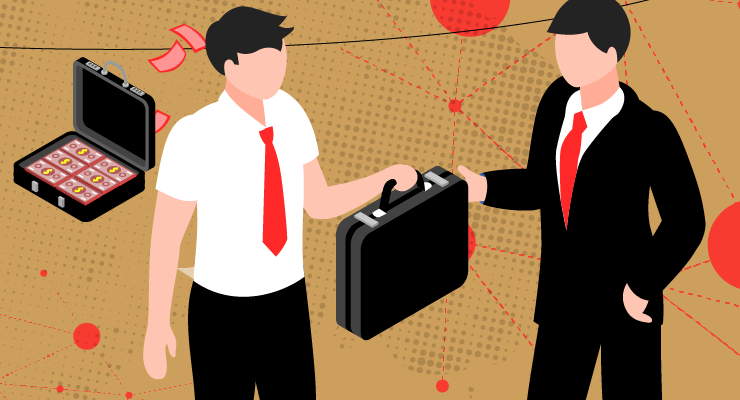 Increasingly there is no escaping the reality that political fundraising is tawdry and border-line illicit. If the bagmen themselves are saying it, it must be true. And I just did.

Michael Yabsley is the perfect political figure to lead the charge for political donations and campaign funding reform. After 40-plus years of political fundraising — Yabsley’s NSW Parliamentary career started when he convinced preselectors in the state seat of Bligh that he’d already developed formidable fundraising skills in student politics — his self-description of “poacher-turned-gamekeeper” doesn’t quite convey how incendiary his paper Dark Money is. It’s 40-odd pages of quotable quotes about how genuinely rotten the current system is and the urgent need for reform — indeed, it’s probably the political read of the year.

This is no longer minor parties or independents, or small outlets like Crikey, pointing out that the system is broken, that there is corruption at the core of the political process, and that donors get to influence policy by buying access. It’s a veteran political figure who has organised and run fundraisers at state and federal level since the era of Neville Wran and Bob Hawke.

And he was backed by business doyen Luca Belgiorno-Nettis (describing himself as the “token businessman” present at yesterday’s launch) referring to his own experience of political donations and the many “rubber chicken” fundraisers he’d attended before Transfield stopped donating. “We all know it’s pay to play,” he said. The bagmen are saying it, and the ones who fill the bags.

Yabsley has no time for the idea that merely buying access doesn’t amount to influence, by the way. “Pull the other one,” he says in Dark Money. “Who apart from Walter Mitty or Pollyanna would not believe that access and influence are basically indistinguishable… why do they ban journalists covering these conferences…?”

Most of Yabsley’s guests had some kind of issue with Yabsley’s 10-point plan — especially Stephen Loosley; he thinks severing the connection between unions and Labor would kill his party. Yabsley wants:

Some problems present themselves: a company or union could simply get its employees to “voluntarily donate”; it doesn’t grapple with the problem of third-party participants engaging in election advertising, or the potential rise of US-style PACs.

But there are plenty of positives — Yabsley wants to force our hollowed-out parties, where powerbrokers prefer low membership numbers because they make stacking easier, to re-engage with the community; it would remove paying for access from politics, it presents a coherent argument for cutting off public funding for parties, which enables the perpetuation of hollowed-out major parties, and by capping election and advertising spending, it would limit the desperate thirst parties have for funding.

Yabsley is aware that a potential big loser from his reforms is the mainstream media, which relies on an injection of tens of millions of dollars of election advertising spending every three years at the federal level and every four years at the state level, and says he’s already been told by media figures that his reforms would be highly damaging to their revenue. “Tough titty,” he says.

There’s “an unorganised, largely silent conspiracy” between the major parties on political donations, Yabsley writes. If nothing else, he’s removed any justification for the perpetuation of that silence, either by politicians currently in parliaments, or the media that is supposed to be holding them to account.