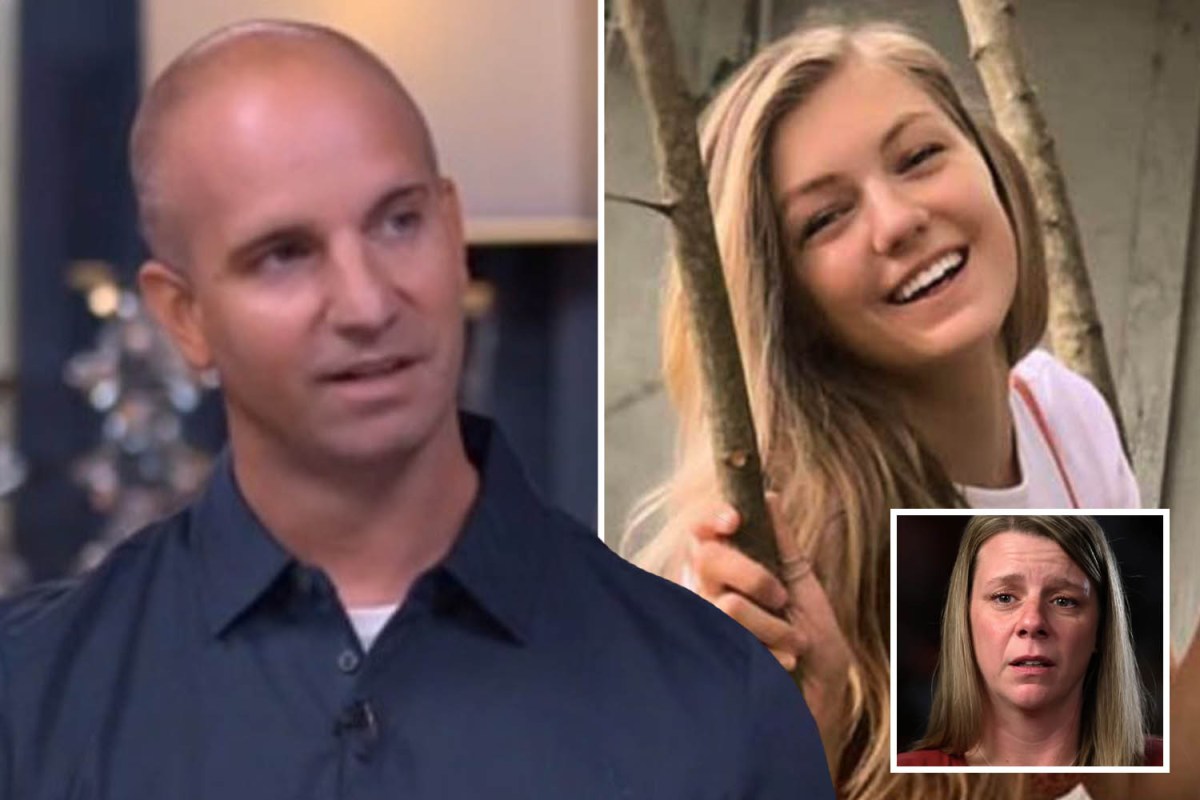 GABBY Petito’s stepdad penned an emotional Thanksgiving tribute to his family, which suffered the loss of Gabby and his mom within months of each other.

Jim Schmidt, who’s married to Gabby’s mom Nicole, Tweeted a picture of his mom’s burial plot coupled with the post: “Went to visit mom today. Our first thanksgiving without her, grandma and Gabby.

“I miss you all immensely. I know you are all together watching over us. Life is truly a gift and love every minute of it. Be present in every moment with your family, and live life to the fullest.”

Before the heartfelt statements, Laundrie’s cause of death was ruled a suicide by coroners on November 23 – weeks after his remains were found in the Florida wilderness.

Nichole Schmidt tweeted: “Gabby will forever remind me to be grateful for every moment, every breath, and every memory.

“I will cherish what I’ve had, and have in the present, always. Live with love, laughter, and gratitude.”

She shared an image of a mountain range uploaded by the Gabby Petito Foundation on Instagram.

The caption on the photo reads: “In the blink of an eye, it could be all taken away. Be grateful always.”

Meanwhile, the YouTuber’s dad Joe Petito tweeted: “We miss you Gabby Petito. You should be with us but now all we have are the pictures.”

Gabby’s fiancé died from a single gunshot wound to the head, according to the Laundrie family lawyer Steven Bertolino.

He released a statement: “Chris and Roberta Laundrie have been informed that the cause of death was a gunshot wound to the head and the manner of death was suicide.

“Chris and Roberta are still mourning the loss of their son and are hopeful that these findings bring closure to both families.”

A statement said: “The Schmidt and Petito family has been aware of the circumstances surrounding the suicide of the sole suspect in Gabby‘s murder.

“Gabby’s family will not be making a statement at this time due to the request of the United States Attorney’s Office and the Teton County Prosecutor’s Office.

“The family was asked to not make any comments and let the FBI continue their investigation. The family was also asked to wait for the United States Attorney’s Office to make a determination on whether any additional individuals will be charged.

“When that determination is made, we will have a statement.”

Earlier this month, Gabby’s family revealed that they didn’t see any “red flags” in the YouTuber’s relationship with Laundrie.

Nichole told Dr Oz: “I don’t know why Gabby didn’t open up to me about certain things. We just didn’t see any red flags.”

Laundrie’s remains were identified on October 20 and cops discovered a backpack and notebook believed to belong to the 23-year-old.

The contents of the notebook remain unknown, but online sleuths have speculated that it could contain chilling drawings or a note.

Partial remains were identified a month after cops found a body that they believed to belong to Gabby in a Wyoming campsite.

The manner of her death was ruled a homicide. Only the cause and manner of the death were revealed due to state laws.

He added that Gabby’s predicted death was three to four weeks before her body was found. The body was outside “in the wilderness” for this time.

Gabby’s family launched the Gabby Petito Foundation in honor of the YouTuber on October 3.