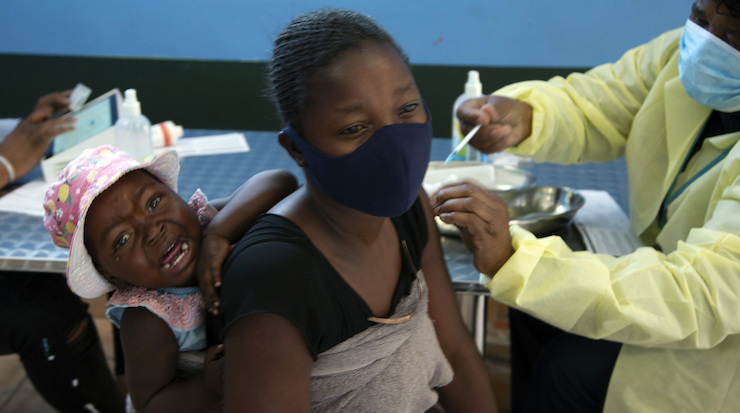 A new COVID-19 variant has emerged in Botswana, spreading to South Africa and Hong Kong. There are nearly 100 confirmed cases across the globe of the new variant, called B.1.1.529. It’s so new, it’s yet to be assigned a name by the World Health Organization (though if it is given one, it is likely to be called Nu, the next available letter in the Greek naming system).

Variants pop up all the time — like all viruses, SARS-CoV-2, the virus that causes the COVID-19 illness, constantly mutates. What makes this one different is the large number of mutations the variant has, while still maintaining its transmissibility. There are more than 30 changes to the spike protein, the part of the virus that enables it to enter human cells.

Some scientists have called it the worst variant they’ve seen since the start of the pandemic.

Some experts say the variant possibly mutated during a chronic infection in an immunocompromised person, such as an untreated HIV/AIDS patient where their immune system was unable to fight the virus as it replicated and mutated in their body.

The mutations have been mapped here.

Scientists are trying to figure out if all the mutations in the virus affect vaccine efficacy, though there are anecdotal reports of the virus infecting vaccinated people and previously infected people.

It was first recorded on November 11. Already, the UK and Israel have restricted travel and banned flights from a number of southern African countries.

The variant is a concern given the surging COVID-19 case numbers across Europe. It’s also a huge concern for Australia’s neighbours — many Pacific nations have low vaccination rates and are susceptible to mass outbreaks.

In Papua New Guinea, fewer than 4% of eligible adults are fully vaccinated, with projections showing only a third of PNG’s adult population will be fully vaccinated by April 2026. By then, vaccine efficacy in those first vaccinated is likely to have waned.