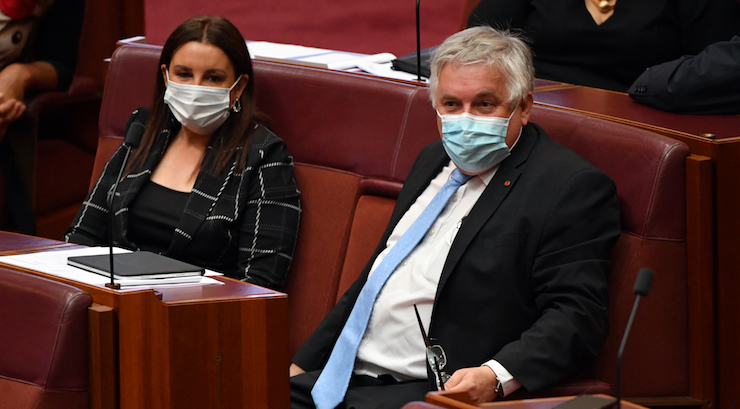 With help from the crossbench, Labor showed discipline in frustrating the Coalition’s agenda; if they can maintain it into election season, it may mean trouble for Scott Morrison.

Put under the spotlight this week, there was nowhere for the divisions in the Morrison government to hide. From moderates concerned about religious discrimination laws and a federal integrity commission, to the goofy fringe conservatives fulminating about vaccine mandates — those divisions have been a huge gift for Labor.

But credit where it’s due: the opposition, along with the Senate crossbench, did well to exploit them. Through a display of discipline and parliamentary tactical nous, Labor were able to stultify the government’s legislative agenda, and give Prime Minister Scott Morrison no breathing space.

Morrison’s highly contentious proposed religious discrimination bill, finally introduced to Parliament yesterday, was a case in point. Morrison’s rush to introduce this bill in the final weeks of the year is as much about meeting an election promise and satisfying religious conservative elements in the Liberal base as it is about trying to wedge the opposition ahead of the next poll.

Keep reading to find out how a chaotic week in Canberra bodes for the PM.