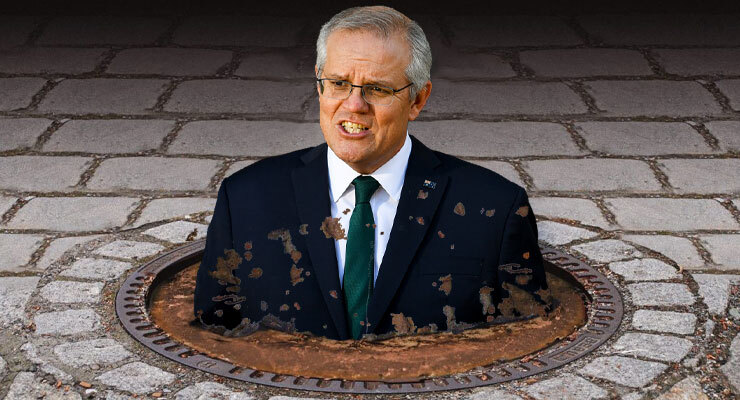 If Scott Morrison’s awful week wasn’t enough, Defence Minister Peter Dutton will speak at the National Press Club today. Inevitably, the comparison will be made between a disciplined performer and a shambolic leader.

After another rotten week for Scott Morrison, in which his mendacity, poor temperament and lack of judgment were spotlighted for everyone to see, all eyes today turn to… Peter Dutton at the National Press Club. The defence minister will rise at 12.30pm to deliver an address to a sold-out event.

Morrison has headed to South Australia, where he is now not building any submarines and is unlikely to ever do so. On current polling from Roy Morgan, things aren’t too bad for Morrison there: Labor only leads 55.5-44.5%, which is actually down a little. That would only pick up Boothby. Not as bad as further west — in WA, Labor would pick up three and go close to a fourth seat on a monster 9% swing. Or to the east — Labor leads 58-42% in Victoria, which would mean four seats, despite Labor’s already ridiculously high vote there.

But hey, who believes in polls any more? Admittedly it’s not a good sign that Labor now leads the LNP in Queensland, for the first time anyone can remember, 51.5-48.5%, an absurd number that would wipe out half the LNP federal representation. Morrison needs to hold the northern fortress, while he picks up seats in NSW — seats like Gilmore, Macquarie and Eden-Monaro. Annoyingly, Labor upped its lead there to 55.5-44.5%.

How well is Peter Dutton positioning himself for a PM run? Read on…