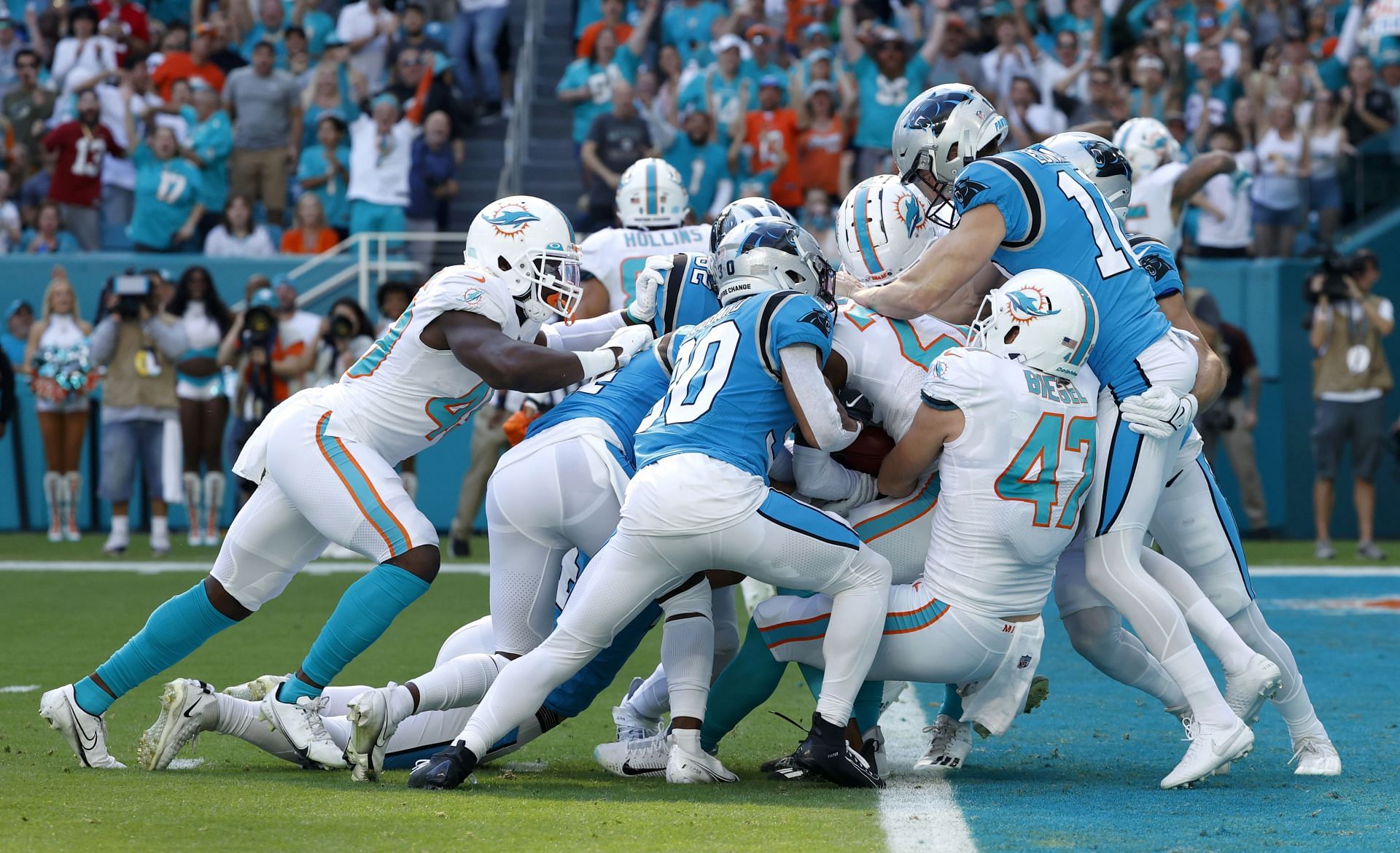 The game between the Miami Dolphins and Carolina Panthers is important for both teams. After the Panthers won the coin toss, they deferred possession to the Dolphins.

After a few good plays, the Dolphins’ first drive stalled after a sack by the Panthers, forcing a punt deep into Panthers territory.

Luck would change for the Dolphins, as punter Michael Palardy would pin the Panthers back to the five-yard line. What happened next helped the Dolphins take the lead.

WATCH: The Dolphins block a punt and score a touchdown

The Dolphins had all but stopped the Panthers from gaining any sort of ground, and Newton’s couple of pass plays went nowhere. One such pass to DJ Moore jostled loose and was nearly shown to be a fumble recovery.

A challenge by head coach Brian Flores was lost as the ball was ruled incomplete.

The Panthers would then have to punt from their endzone. The play would start and Dolphins linebacker Duke Riley would sprint into the backfield untouched and block a punt attempt from Lachlan Edwards.

The ball flew into the air and was recovered by the Dolphins, who were pushed into the endzone by the special teams’ defensive line.

The Dolphins led 7-0 and tipped the scales in their favor after getting their offensive drive stalled by this strong Panthers defense. DJ Moore, who had nearly caused a fumble earlier, would then blow past the Dolphins secondary in the next series and set up a rushing touchdown for Cam Newton.

The Dolphins now lead 14-7 and this game could turn into a back and forth event from two teams attempting to log a very important win. The Panthers, should they win, will hold a 6-6 record and a wild-card playoff spot in the NFC.

The Dolphins, however, would improve their winning streak to four straight games and be 5-7. A win could help them achieve a .500 record heading into their bye week.

Both of these teams need wins to further determine where their seasons are heading.