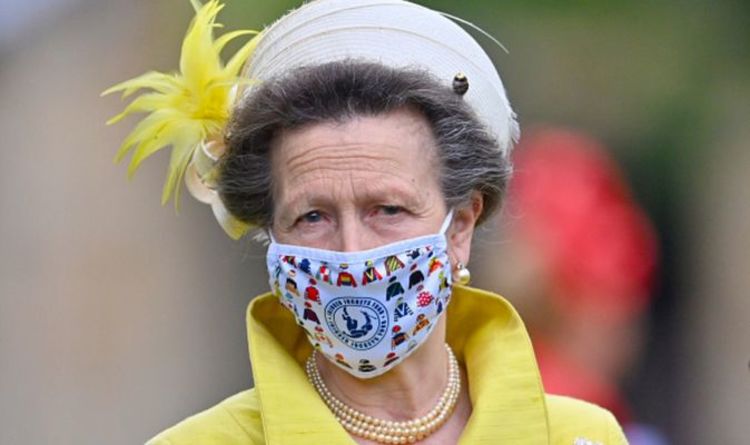 Princess Anne is currently the President of the British Olympics Association, she presented the ‘Olympian’s Olympian’ award to diver Tom Daley. The royal family posted on their official Instagram Account, saying: “The Princess Royal, President of the British Olympic Association, joined past and present Olympians at the @teamgb Ball to celebrate British success at @tokyo2020 and look ahead to @beijing2022.

“The Princess Royal has a long association with the Olympic Games, both as a competitor in the 1976 Montreal Games, and now as President of the British Olympic Association and a Member of the International Olympic Committee.”

Royal fans responded online to the event. Elka_5369 said: “Honestly she should be the next queen love her common sense, hardworking and ethics.”

saad250x wrote: “A huge asset for the royal family and great support for the Queen. Love her.”

peony.petal1 said: “Well done to all those Olympians @teamgb . Lots of respect for The Princess Royal so hardworking without any fuss and fanfare, makes it about the people not herself.

“A great asset to our lovely Queen and RF.”

Eyechick61 wrote: “Such a great woman – it’s always about the cause and never about herself.”

Elkhairuddin added: “A huge asset for the royal family and great support for the queen.”

Another post from the Royal Family’s Instagram account covered Princess Anne’s hosting of the Charities Forum, it said: “Did you know The Princess Royal is associated with over 300 charities, organisations and military regiments? In 2010 Her Royal Highness hosted her first Charities Forum, bringing together representatives from a selection of the charities to meet and share ideas.

“Today at St James’s Palace, The Princess hosted her first Charities Forum since the pandemic. Representatives from a wide range of Her Royal Highness’s charities attended, from The Royal College of Midwives, to The Carers Trust, to The International Sheepdog Society.

“The charities discussed the challenges of operating throughout a pandemic, as well as the lessons they’ve learned and the elements they’d like to continue.”

People also responded online to the post. bramley7538 wrote: “We are so lucky to have Princess Anne.”