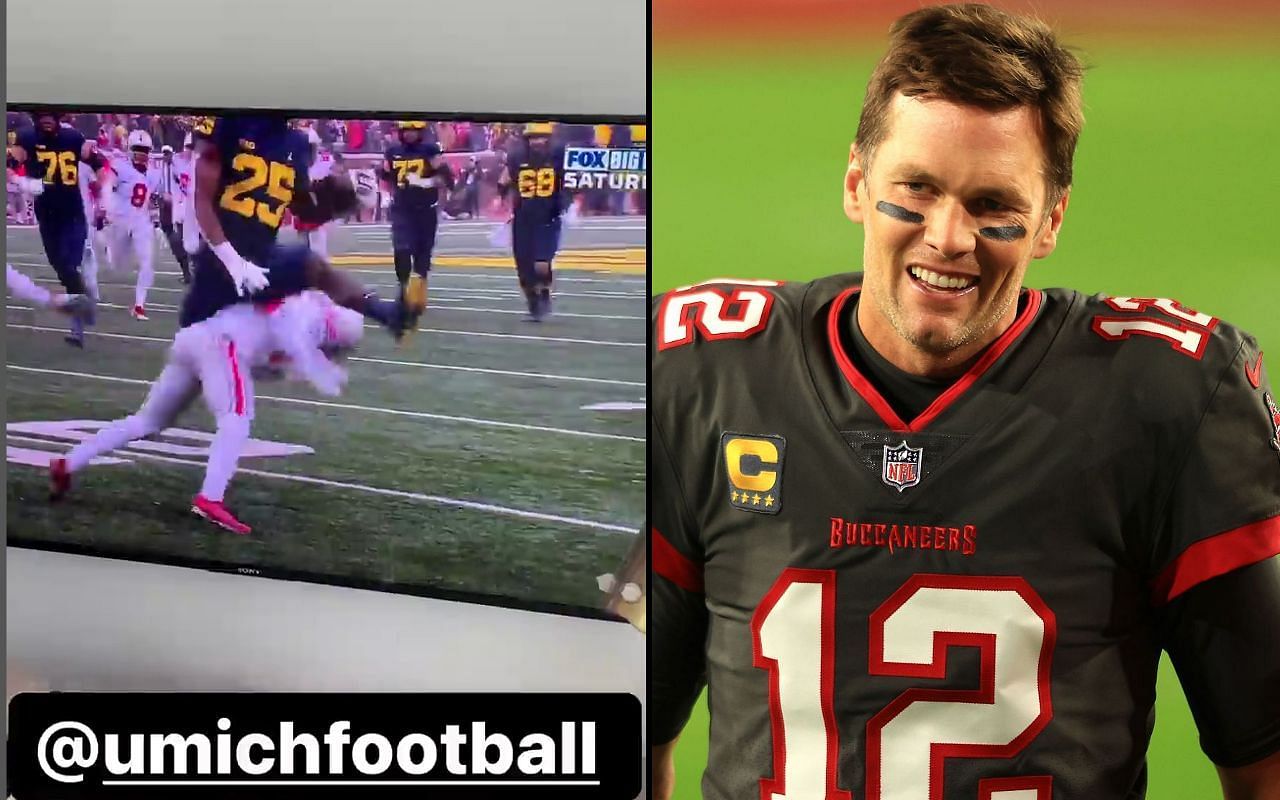 The Michigan Wolverines defeated their longtime rival, the Ohio State Buckeyes, 42-27 on Saturday in the Big House.

It was the Wolverines’ first win over the Buckeyes since 2011 when they defeated Ohio State in Ann Arbor 40-34. In that win, former NFL player Denard Robinson went 14 of 17 for 167 yards passing and three TDs. Robinson also ran for 170 yards on 26 attempts with two TDs.

Former Michigan players like Robinson are ecstatic about this one, but maybe none more so than former Wolverines quarterback Tom Brady.

Before Brady won seven Super Bowls and became the NFL’s GOAT, it all began back in Ann Arbor back in 1996. The 14-time Pro Bowl quarterback played his college football for the Wolverines from 1996 to 1999.

Six quarterbacks were above him on the depth chart as he walked in Ann Arbor. In his first two years at Michigan, he threw just 20 passes, completing 15 of them for 129 yards with an INT.

In 1997, the Wolverines won a share of the national championship with the Nebraska Cornhuskers with a 12-0 undefeated season with Brian Griese under center. Brady nearly won the starting job against Griese in 1997, but then-head coach Lloyd Carr went with senior Griese over sophomore Brady.

Once Griese graduated, the reins were handed to Brady in his junior year. He had a 61.9 completion percentage, throwing for 2,427 yards with 14 TDs and 10 INTs. Brady started every game in 1998, winning 10 of his final 11 games.

Brady’s senior year in 1999 was his most challenging in Michigan. He had to compete against highly touted freshman quarterback Drew Henson for the starting job. Brady’s turning point came against in-state rival Michigan State in the sixth game of the year. Michigan went down 17 points with Henson under center. Brady almost brought Michigan back, tossing it for 241 yards in the last 18 minutes of the game, but the Wolverines ended up losing 34-31.

Brady’s final game at UM proved to be his best on the national stage as Michigan faced Alabama in the Orange Bowl. The game went into overtime, where Brady tossed a touchdown pass to put the Wolverines up by seven points. The Crimson Tide countered with a touchdown but missed the extra point, giving Michigan a 35-34 win in Brady’s final game as a Wolverine.

According to @FanSided: Michigan’s Cade McNamara ties Tom Brady in wins as a starter vs Ohio St… they each have 1… 👀

According to @FanSided: Michigan’s Cade McNamara ties Tom Brady in wins as a starter vs Ohio St… they each have 1… 👀

Brady held a 1-1 record against Ohio State University during his career at Michigan. He declared for the 2000 NFL draft, where the New England Patriots selected him in the sixth round. Needless to say, he did just fine in the NFL, as Michigan did today.