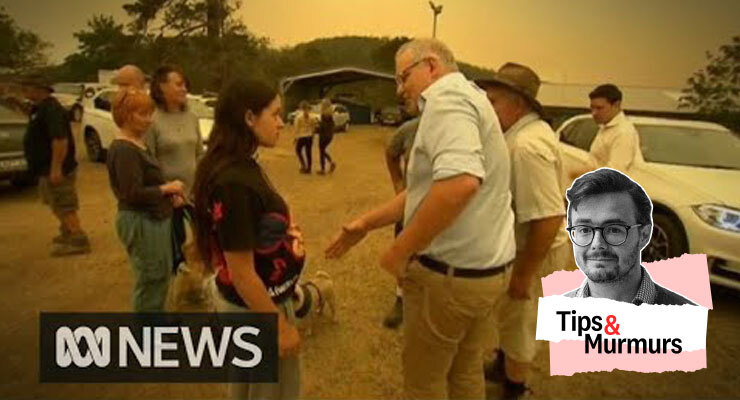 Are people starting to twig that you can’t believe everything the PM says? Recent heckles would indicate that is the case.

Great moments in prime ministerial heckling One question Crikey has interrogated in cataloguing the relentless lies of Scott Morrison has been whether any of this would cut through with the voting public. Does Morrison’s dishonesty on, say, whether he ever used the phrase “Shanghai Sam” lead voters to conclude they can’t trust him on health or education? Well, it has certainly cut through for one voter:

It’s not the first time Morrison has prompted this kind of thing — hell, compared with the response he got during his tardy trip to fire-ravaged Cobargo it was pretty tame. But it put us in mind of other great moments when politicians had to face some, shall we say, robust feedback from the public:

PVO POV As we follow the confected nothing around “anonymous trolls” this week, and the discussion around new laws apparently designed to “flush them out”, there is something particularly grating about watching journalists cosy up to it. News Corp executive chairman Michael Miller posted on LinkedIn that it was a “positive step”, while high profile journalist Peter van Onselen welcomed the move, in a since deleted tweet: