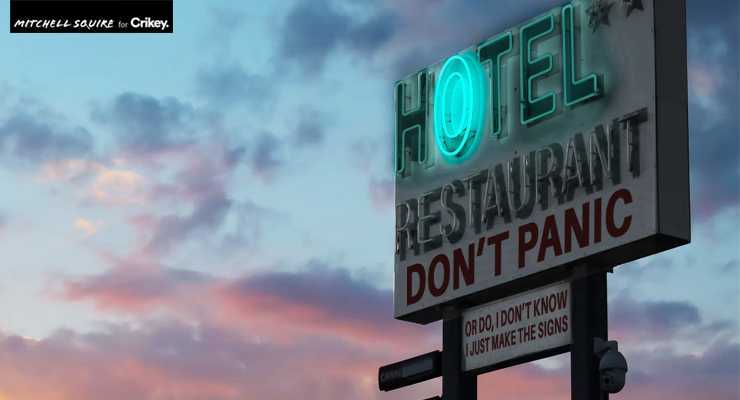 Is the Omicron variant a genuine threat with the world just starting to recover from Delta, or has it overhyped fear mongering from vested interests?

The headline is certainly worrying: the mysterious variant has an especially scary 30+ mutations, which some experts fear may make the strain more contagious and potentially able to evade existing vaccines. The urgent threat led to many countries slamming borders shut.

But just how bad is Omicron? Let’s look closely at the reported data.

The variant was first recognised in Botswana on November 11; three days later it was reported in South Africa.

Rolling seven-day infections have increased in South Africa, rising from 262 daily cases to 1691 on November 27 (they have stabilised at 2800 a day since Friday). But there are several problems with this overly simplistic causation-correlation point.

But when you look at last week’s data, something that really stands out — and you need to look beyond the seven-day smoothed graphs which is what almost everyone uses and consider the reported daily case numbers:

The November 24 figure seems very out of place, and at first glance extremely concerning — until you read this press release from the South African Department of Health on 23 November: “The Department of Health has added the rapid antigen tests on the line of COVID-19 statistics, with effect from today… As we report test data and case numbers for the past 24 hours through our outbreak reporting system, we will observe an increase in a single day, which will create a distortion of the seven-day moving average and an unusual spike on the reporting epidemic curve.”

The South African government foreshadowed an increase in positive cases on November 23 — not just because of Omicron but because it started including positive antigen test results in its daily COVID reports.

On November 23, weeks after the new variant started spreading in South Africa, the positivity rate was a relatively low 2.1%, a fraction of what is being reported in Europe. That rate has certainly increased in the past week, hitting 9.1% on Friday, but it’s difficult to determine how that has been impacted by the increased testing regime. South Africa also has very low vaccine coverage — only 24% of the population are fully vaccinated.

Another way to assess Omicron’s impact is by the movement in fatalities (which, unlike cases, are not affected by changing the testing criteria). Given the average time between infection and death for COVID is 18 days, enough time has elapsed to see some sort of effect on death rates. However, the fatality level in South Africa has dropped since Omicron was first recognised, and remains 92% below the fatality rate in August:

Given the South African data has been affected by the antigen test data, it is also worth considering the other countries that reported the variant. Botswana, for example, reported Omicron three days before South Africa. Here is the rolling seven-day infection levels in Botswana, Zimbabwe, and Namibia:

In Botswana, COVID infections have dropped by 97% since August. In Zimbabwe, cases plunged by 98.5%. The fatality count has dropped by even more: Botswana is averaging zero deaths a day. It appears the only thing Omicron has killed in Botswana is COVID itself:

Although it is possible that Omicron is more contagious, and testing data in African countries is less extensive than developed nations (plus the mild nature of the variant may mean there are many undetected positive cases), those concerns do not yet appear to be borne in data from any of the six countries that have been blacklisted by the developed world.

Meanwhile the South African data shows an increase in positive test results occurred only after rapid testing was included.

Dr Angelique Coetzee, chair of the South African Medical Association who first raised the alarm about the new variant, noted that “most of [the patients have] very, very mild symptoms, and none of them, so far, have admitted patients to surgeries. We have been able to treat these patients conservatively at home.”

While the World Health Organization — perhaps still reeling from initial criticism in January 2020 — may have moved too quickly in deeming Omicron a “variant of concern” given the data indicates it appears to cause little or no symptoms and hasn’t spread rapidly through other African nations, there have been some beneficiaries of the action. Within hours of the WHO’s announcement, Pfizer’s share price rose by 10%, adding US$30 billion to its market capitalisation, and Moderna’s share price leapt by 21% in hours, adding US$32 billion to its value.

Get our sold out book FREE and 20% off Crikey

The first book in The Crikey Read series, Lies and Falsehoods by Bernard Keane, has sold out.

If you would like your chance to read Keane’s scathing take on why deceivers dominate in the new era of politics, join Crikey today and receive the book for FREE, plus 20% off your annual subscription.

But this offer ends midnight Tuesday, so move fast before these are gone too.