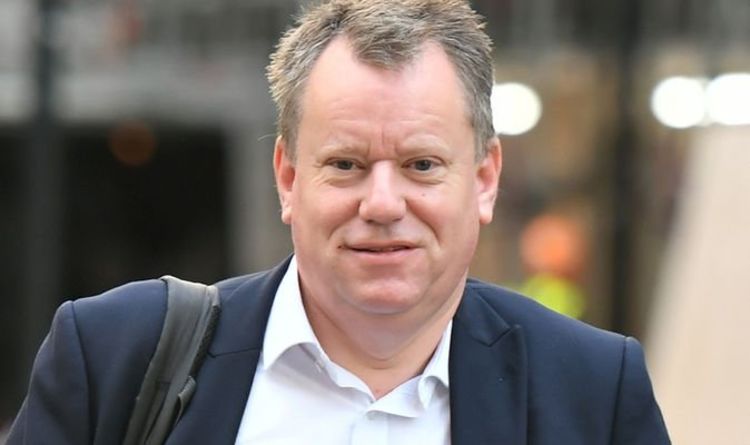 Following a virtual meeting with his EU counterpart Maros Sefcovic this afternoon, the Brexit minister warned that the gaps between the two sides remained “significant”. While recognising Bruseels’s eagerness to find a solution, he said more needed to be done if there was to be a deal.

His account came after Mr Sefcovic implied the two sides were close to getting an agreement on medicines “across the finish line”.

Lord Frost’s account of the meeting was more negative, downplaying hopes of a breakthrough.

He said: “I spoke today with European Commission Vice President Maroš Šefčovič via video conference in order to wrap up this week’s technical discussions on the Protocol.

“We covered the full range of outstanding issues and I welcomed the Commission’s professed readiness to make progress on them.

“I made clear that the UK still wanted to find a negotiated solution if that was possible and was ready to keep working constructively and intensively to that end.

“Nevertheless the gap between our positions is still significant and progress on many issues has been quite limited.

“There has been some potential convergence on the medicines issue but agreement has not been reached.

“We have been unable so far to consider all the detail of the EU’s proposals in the way we need to for this sensitive, critical, and highly technical area, where solutions must work in practice and genuinely solve the problems.

“We continue to believe that more progress is needed on customs and SPS arrangements if we are to deal with the fundamental issue of improving the flow of goods between Great Britain and Northern Ireland.

“There have been some constructive talks on subsidy control but the issue remains unresolved, as does the wider issue of governance.

“Our position remains as before: that the threshold has been met to use Article 16 safeguards in order to protect the Belfast (Good Friday) Agreement, if solutions cannot be found.

“I will speak again to Vice President Šefčovič next week and our teams will have intensified talks in the coming days.”