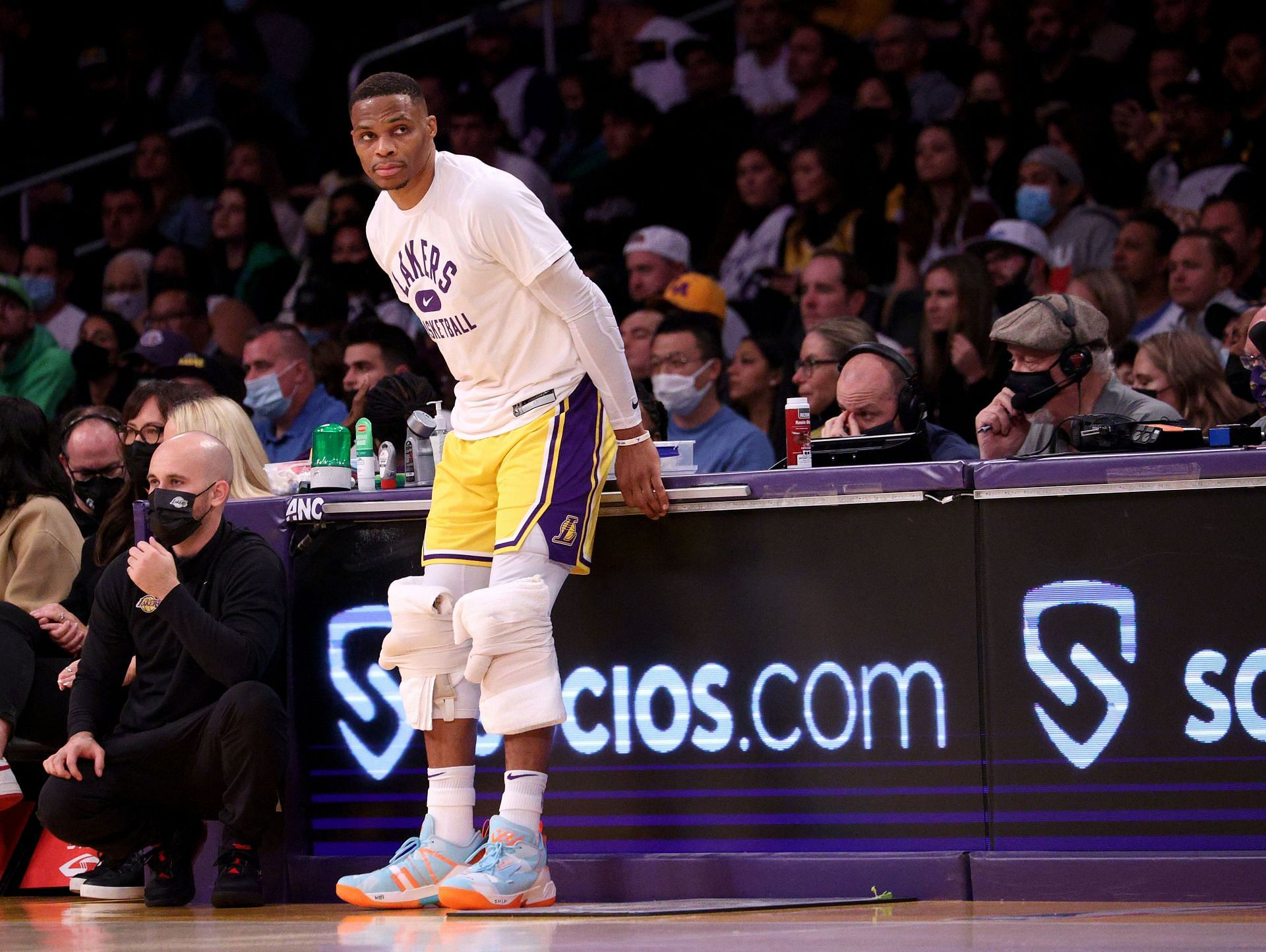 The LA Lakers were without LeBron James in their game against the Sacramento Kings, but point guard Russell Westbrook stepped up to the challenge. The game, which took place at the Golden 1 Center, ended with the Lakers securing a blowout victory.

On the Fox Sports show “Undisputed,” hosted by Skip Bayless and Shannon Sharpe, Sharpe was impressed with Russell Westbrook as he expressed his excitement for the point guard’s form in the absence of King James.

With LBJ unable to suit up for the Lakers due to health and safety protocols, and a positive COVID-19 test, Sharpe was pleased with Westbrook’s performance:

Sharpe went on to defend his stance, stating that in the first 15 games of the season, Russ averaged 5 turnovers per game and the past 3 games have seen him average 3.3.

“I like the fact that he’s willing to sacrifice and obviously when you bring three guys together like that, a lot of sacrifices is gonna have to take place,” said Sharpe.

Sharpe, a strong believer of the 33-year old believes that if Russell Westbrook can get the Lakers to the NBA Playoffs, LeBron James will take it on from there to secure the title. He signed off saying:

“Get us to the playoffs and watch the GOAT.”

The 2-time scoring champion Russell Westbrook made his way to the LA Lakers after a year-long stint with the Washington Wizards. While he has had a rocky start in this debut season with the big-market team, Westbrook seems to be getting his groove back.

The 6-feet 3-inches tall point guard made 8 points, 5 rebounds and 4 assists in his 35-minute long debut game for the Lakers. It was such a bad outing for all of the hype his signing created. His poor performance thus far has him leasing the league in turnovers, having recorded 108 in only 28 appearances.

However, he seems to be getting his strides in as he has put in good consistent performances in the past three games. Recording a field goal percentage of 52.7%, netting 29-of-55 from the field and 4-of-12 from beyond the arc, registering a three-point percentage of .333.

Is Russell Westbrook quietly starting to fit in with the Lakers? Now on @undisputed

Is Russell Westbrook quietly starting to fit in with the Lakers? Now on @undisputed

Russell Westbrook, who seemed to be having a hard time fitting into the Lakers team at the start of the season, looks right at home. He leads the league in triple-doubles, having secured 5 in 23 games.