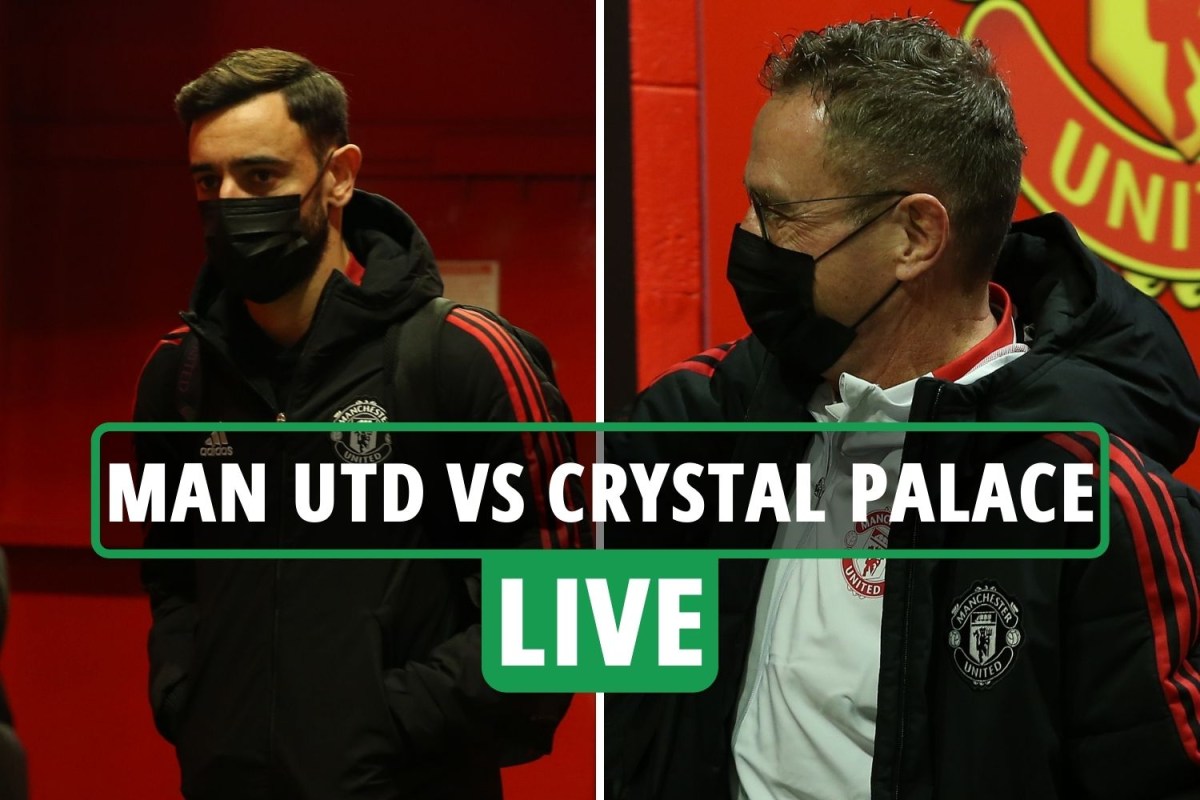 MAN UTD are entering a new era as Ralf Rangnick takes charge of his first game as interim boss against Crystal Palace.

United have endured a tough season up until now, sacking club legend Ole Gunnar Solskjaer after a dismal run of games which left them with 4 points from 21.

They also struggled to assert themselves in the Champions League, though they’ve now qualified for the last-16 stage under Michael Carrick.

Carrick took charge in the immediate aftermath of Solskjaer’s sacking, but the club have brought in experienced German coach Rangnick, an idol to the likes of Jurgen Klopp and Thomas Tuchel, to steady the ship until the end of the season.

And first up is Patrick Vieira’s Palace, who have lost their last two games against Aston Villa and Leeds.

Palace handed United a 3-1 defeat at Old Trafford last season, and they’ll be out for more of the same in an effort to spoil Rangnick‘s first day on the job.

If United are to put up a last-ditch title fight, however, their home clash with Palace must result in a win, something they’ve struggled with against mid-table sides all season.

But on Thursday evening in Carrick’s last game at the club, United looked a better side as they beat Arsenal 3-2 in a thrilling clash at Old Trafford.