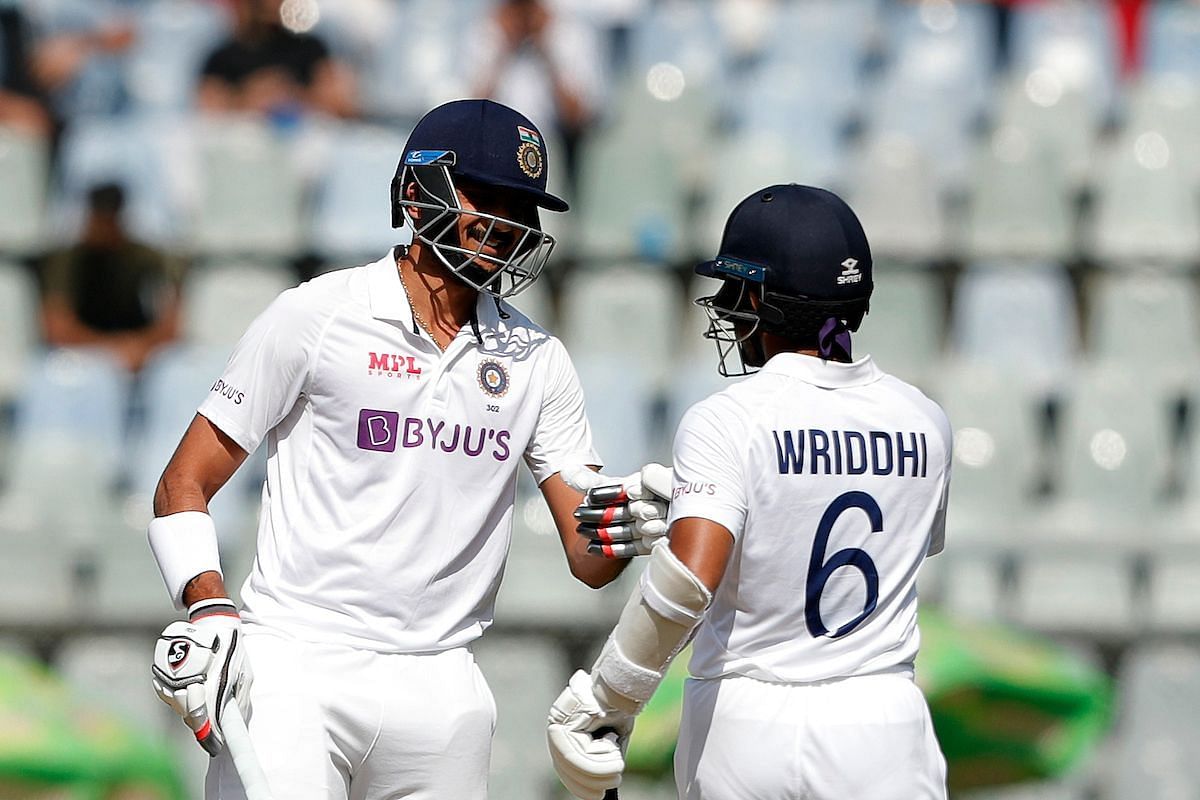 India spinner Axar Patel has revealed that the team wanted to bat on the crumbling Wankhede pitch in preparation for battling similar conditions on the final day of a Test match. Set an improbable target of 540, New Zealand reached Stumps on Day 3 on 140 for 5.

India had an overnight lead of 330 before they batted another 49 overs today and declared on 276 for 7. While the result seemed a foregone conclusion, Virat Kohli didn’t call his boys in until the entire middle and lower-middle order spent quality time out in the middle.

Asked about the delayed call, Axar Patel, who smashed a blitzkrieg 41* off 26, reasoned that the team had nothing to lose and hence wanted to experience batting on a track which had enough turn and bounce as a regular Day 5 subcontinent surface.

“It wasn’t really a delayed decision. Test is for five days and it was just the third day, so even if we would have declared early, nothing major would have changed. The reason was to bat as much as possible because there was a lot of time for us and such a situation doesn’t come often,” Axar said in response to a Sportskeeda query at the post-day press conference.

“So we were exploring the situation, like for example, if we are chasing on a similar wicket on the last day. We were just expressing ourselves, trying to figure ways to improve if we ever face such a situation,” Axar explained.

Opener Mayank Agarwal once again top-scored with a sublime 62 off 108 deliveries, but none of the other batters were able to convert their starts. Cheteshwar Pujara (47), Shubman Gill (47) and Virat Kohli (36) all missed out on half-centuries.

After narrowly holding out for a draw in the Kanpur Test, it is imminent that the Kiwis will lose the two-Test series 0-1. It was the same side, albeit with a few missing players, that routed India in the World Test Championship (WTC) final in June this year.

While admitting India have been a difficult side to beat at home, Axar Patel explained the reason for their dominance. He said that the team always go into a series with the same focus and put in the same effort regardless of conditions and opposition.

“Obviously it feels really nice when you dominate and it’s a home series, something which we have dominated over the last few years. So it’s about how you keep focus, how to play to your strengths, we don’t take these moments lightly despite knowing we have been dominating home series,” Axar, who has taken 1 for 42 in the Kiwi second innings, elaborated.

“We have been successful because we put so much effort, same focus in every series. It’s been almost a year this team has been continuously playing and putting effort in both home and away series alike. There has been a culture created and we are following that same culture,” Axar added.

Henry Nicholls (36* off 86) is well-set and he has Rachin Ravindra (2* off 23) for company, but India look poised to wrap up this match by Tea tomorrow and walk away with 16 WTC points.

Q. Who is a better all-rounder in Tests?