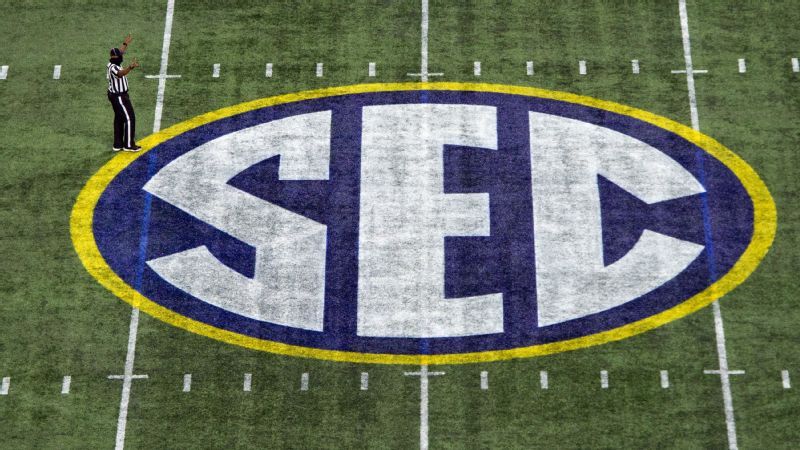 BIRMINGHAM, Ala. (Dec. 8, 2021)—–Southeastern Conference champion Alabama claimed three of the SEC’s individual football awards as voted on by the league’s head coaches, it was announced Wednesday. Georgia claimed two awards, while Kentucky, Missouri and Tennessee each had one.

Young has thrown for 4,322 yards with 43 touchdowns this season. He ranks second nationally in touchdown passes, while his passing yards are fourth-most and his quarterback rating (175.53) is fifth-best. The Heisman Trophy finalist broke two SEC Championship Game records with 421 passing yards and 461 yards of total offense.

Williams leads the SEC with a 37.44 kickoff return average and two kickoffs returned for a touchdown. He became the first player in Alabama history to return two kickoffs for a score in the same game, one from 100 yards and one from 83 yards away earlier this season against Southern Miss.

Bowers has 11 receiving touchdowns this season, the most of any SEC tight end. He led Georgia with 10 receptions for 139 yards, both season highs, in the SEC Championship Game. Bowers has hauled in 47 receptions for 791 yards, ranking first on the team in both marks and setting a new program record for single-season receiving yards by a tight end.

Kinnard leads Kentucky with 30 knockdown blocks and has allowed only one quarterback sack in more than 350 pass plays this season. The two-time SEC Offensive Lineman of the Week was a semifinalist for both the 2021 Rotary Lombardi Award and the Outland Trophy.

Badie earned his bachelor’s degree in sport management earlier this year with a 3.83 grade point average. He is in his first semester as a graduate student, pursuing a master’s in athletic administration and positive coaching. A two-time CoSIDA Academic All-District section, Badie was a 2021 AFCA Good Works Team, Wuerffel Trophy and Campbell Trophy nominee.

Smart has led Georgia to a 12-1 record and the No. 3 seed in the College Football Playoff. He helped guide Georgia to a No. 1 ranking for eight weeks and the Bulldogs’ first undefeated regular season since 1982. Georgia will face Michigan in the CFP semifinals on Dec. 31.

The SEC All-Freshman Team will be announced Thursday.

Offensive Player of the Year

Defensive Player of the Year

Special Teams Player of the Year

Freshman of the Year

Scholar-Athlete of the Year

Coach of the Year