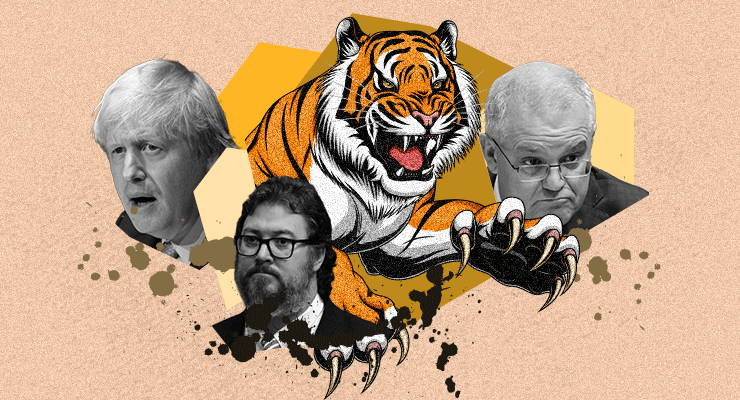 In Australia, the UK and the US, centre-right politics is falling prey to a range of adversaries, progressive, reactionary and just plain decadent.

“Ride the tiger,” the esoteric right-wing philosopher Julius Evola advised his followers. The tiger in this case is both the surging modernity that threatens to annihilate a traditional worldview, but also the dark forces one conjures up to contest them.

There’s only one thing that happens, tiger-wise, should you slip off. It would appear to be happening to the right, across the Anglosphere at the moment, but in a manner distinctive to each polity.

In Australia, the official centre-right is coming apart before our eyes, aided by our distinctive political system, from both sides; in the United States, the tiger is roaring from the hard right; in the UK, a genuine decadence has set in. There is common cause beneath the three manifestations, but they are each taking on their distinctive cultural character.