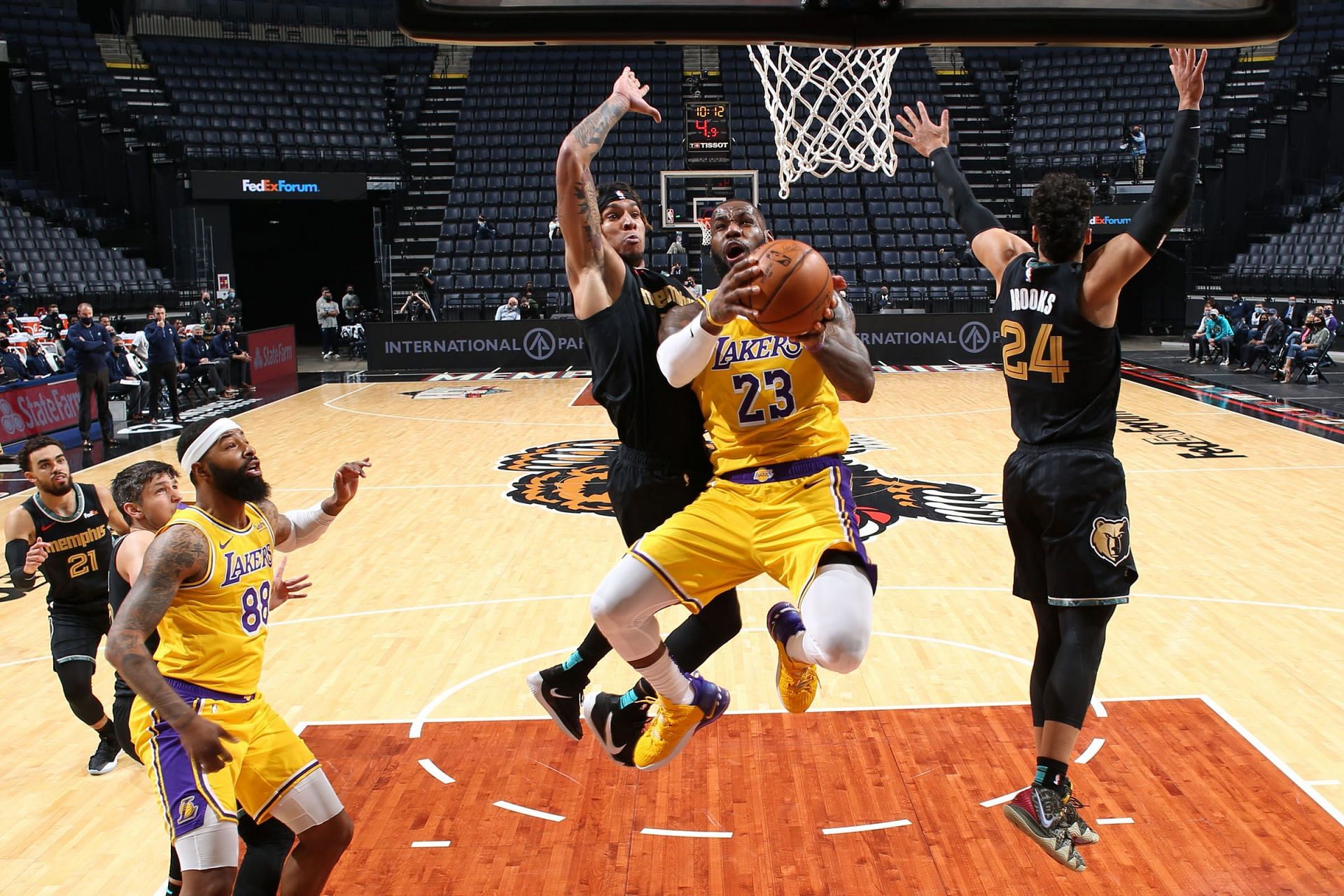 The LA Lakers will be on the road in their next two games, beginning with a visit to the FedExForum for a match against the Memphis Grizzlies.

LeBron James called the LA Lakers’ win over rival Boston Celtics one of the best games they have played all season. The Tinseltown squad dominated the Green Machine 117-102.

The LA Lakers’ Big 3 combined to tally 71 points, 23 rebounds and 19 assists to remind the NBA just how good this team can possibly be. They’ll look to build off of their impressive performance against the surging Memphis Grizzlies.

The Memphis Grizzlies’ season-best five-game winning streak has been halted by the Dallas Mavericks in a feisty encounter. Memphis was whistled for four technical fouls, including two on Dillon Brooks, who got himself ejected. They’ll have to learn to keep their composure against a veteran team like the LA Lakers.

Head coach Taylor Jenkins was visibly frustrated on the sidelines. He said in a post-game interview that the Memphis Grizzlies lacked the aggression that has been the hallmark of their best run of the season. The lack of aggression might have been brought by what Dillon complained as “ticky-tack” fouls.

Whatever the case may be, they’d have to quickly forget the stinging loss to take on the suddenly imposing LA Lakers.

LeBron James was probably just as gracious in the post-game interview following the LA Lakers’ victory over the Boston Celtics. It wasn’t one of the best games of the season, but simply the best they have played since the season started. They were aggressive, but controlled and stayed true to their character as a team.

Instead of pulling up for long jump shots, the LA Lakers made the commitment to attack the basket with clear intentions. The result was a telling advantage on rebounds and an absolute thrashing on points in the paint. LeBron James and crew outrebounded Boston 51-34 and bettered their bitter rivals 66-42 inside the shaded lane scoring.

The fellas were putting in work in the paint 🎨

The fellas were putting in work in the paint 🎨 https://t.co/vquoG9j3RF

If the LA Lakers can replicate that formula against the Memphis Grizzlies, they can find the consistency, rhythm and identity that they have been looking for.

LeBron James holds the record for consecutive seasons scoring 25+ points per game. He has done it for 18 straight seasons, which is just mind-boggling. Kevin Durant is a distant 2nd with 13 successive seasons. The late Kobe Bryant, Karl Malone and Michael Jordan share third place honors in this category.

What is even more impressive is the fact that at 36 years of age and in his 19th season, LeBron James is still the LA Lakers’ best player. Considering that Anthony Davis and Russell Westbrook are both in the prime of their careers, James’ value to the team is just out of this world.

LeBron James over the last 5 Games:

When the four-time MVP is on the court, there is just a different vibe to how the LA Lakers play. The Lakers will need every bit of LeBron James to even get into the playoffs this season.

The Memphis Grizzlies have been playing excellent defense to string together five consecutive wins. They were still quite good against the Dallas Mavericks but just could not score enough baskets of their own to win the ball game. Dallas’ defense held the Grizzlies to 29% shooting from three-point range, which was part of the reason for the loss.

The Memphis Grizzlies have proven that they can win without franchise player Ja Morant on the roster. They have also learned a valuable lesson regarding composure when officials are seemingly calling the action against them.

The Memphis Grizzlies have to continue working on their resolute defense to have a chance at beating LeBron James’ LA Lakers side.

Jaren Jackson Jr. has been the Memphis Grizzlies’ best player since the injury to Ja Morant. He does look a little unorthodox with his movements, but they are very effective. The Grizzlies were able to withstand the hit of Morant’s injury thanks in large part to Jackson Jr.’s improved play on both ends of the floor.

The Memphis Grizzlies’ spectacular defensive performance can partly be attributed to the 22-year-old’s better understanding of the game on defense. He has more than held his own in pick-and-rolls and also when he’s forced on to switch to wing players. Jackson Jr.’s ability to play as the lone big has unlocked different aspects in the team’s dynamics that Taylor Jenkins has not had before.

The Grizzlies’ starting power forward will have an acid test heading into the LA Lakers game as he will likely spend time guarding All-Star Anthony Davis.

The LA Lakers showed the NBA what they are capable of when they are committed and engaged, particularly on defense. They recently thrashed the Boston Celtics, who had the second-best offensive rating in the last 10 games. The Lakers are not going to face the same problem on defense against the Memphis Grizzlies.

If the Memphis Grizzlies can resume their grit and grind style of late, they could drag the LA Lakers into a slow and ugly game. But their defense might not be good enough to stop LeBron James, who has been impressive whenever he’s on the floor for the Lakers.

The Purple and Gold squad could get another W on the Memphis Grizzlies’ home floor.

Where to watch the Lakers vs Grizzlies game

The NBA League Pass will stream the game live. Local coverage of the matchup is available via Bally Sports Memphis and Spectrum SportsNet