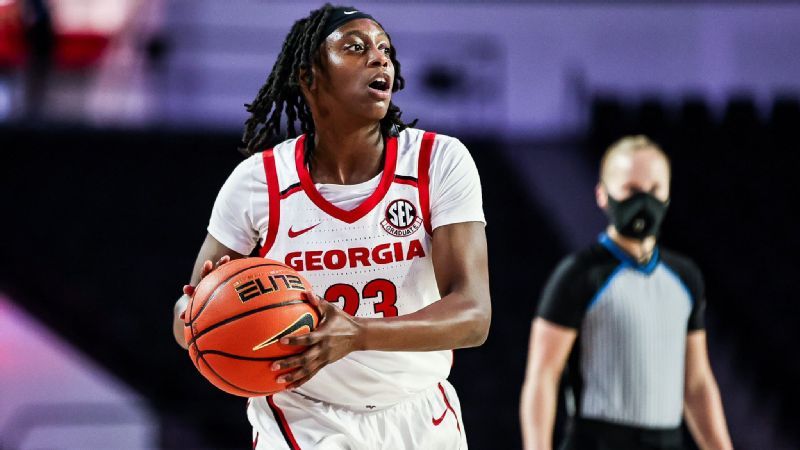 Morrison posted 16 points and 11 rebounds, while Staiti recorded a 17-point, 10 rebound effort. Georgia improves to 8-1, and North Florida falls to 5-5.

“I thought we responded to the challenge I gave our team after Sunday’s game,” shared head coach Joni Taylor. “I still think we’ve got more to do. We’ve still got to be disciplined for 40 minutes. I didn’t think we finished the second quarter very strong, and I thought there were times at the beginning of the fourth where we were very undisciplined with things that we did. Every time we play, we are trying to be better than the time before.”

The Lady Bulldogs took off to a flying start with a Morrison jumper to open the afternoon. Sarah Ashlee Barker’s three pointer helped to extend the lead over the Ospreys as Georgia raced to a 20-5 lead after the first quarter.

The Lady Bulldog offensive pressure did not slow down in the second quarter. Malury Bates opened the scoring with a tough, contested jumper over a North Florida defender. Seven Georgia players added to their point tally in the quarter, and the Lady Bulldogs took a commanding 38-18 lead into halftime.

Staiti led all scorers with six in the third quarter, and Georgia continued to grow their lead over North Florida, 55-26.

Next up for the Lady Bulldogs is a match-up with No. 2-ranked NC State on Thursday, December 16th at 6:00 p.m. at Reynolds Coliseum. Coverage will be on the ACC Network.