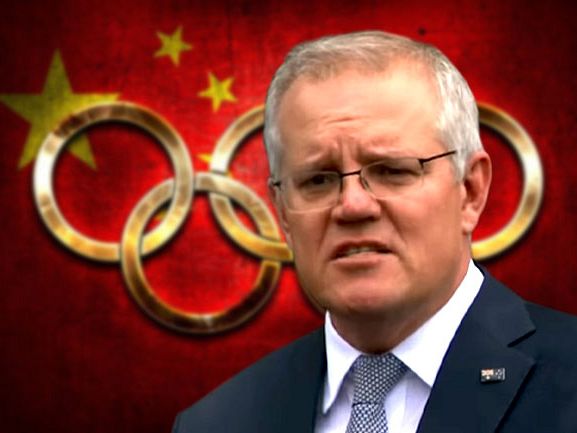 Several nations have made a stand against China by refusing to send government officials to the Olympics, but it’s an ineffectual strategy, writes Dr Binoy Kampmark.

MAKING MORAL STATEMENTS in the blood and gristle of international relations can often come across as feeble. In doing so, the maker serves the worst of all worlds: to reveal a false sense of assurance that something was done while serving no actual purpose other than to provoke. Anger and impotence follow.

The Biden Administration is proving to be particularly good on that score. Since taking office, U.S. President Joe Biden has nipped at the heels of China’s President Xi Jinping with moral urgency. National Security Advisor Jake Sullivan has lectured Beijing on human rights abuses with mistaken clarity. The Pentagon has been firming up plans for militarising the Indo-Pacific and expanding its military footprint, notably in Australia.

Now comes a sporting boycott of the Beijing Winter Olympics. On 6 December, the White House announced that U.S. officials would not be attending the games.

In the words of White House press secretary Jen Psaki, the Administration would:

“…not send any diplomatic or official representation to the Beijing 2022 Winter Olympics and Paralympic Games given the PRC’s ongoing genocide and crimes against humanity in Xinjiang and other human rights abuses.”

During the briefing, Psaki told the press about Biden’s remarks to President Xi, that “standing up for human rights is in the DNA of Americans”. Sporting personnel, however, would still be competing, suggesting that the spirals of such DNA might be wonky.

UK Prime Minister Boris Johnson, while stating to MPs that he did not generally support such measures, thought this exceptional:

“I do not think that sporting boycotts are sensible and that remains the policy of the Government.”

Canada’s Prime Minister, Justin Trudeau, claimed that Beijing could hardly be surprised by his country’s stance:

“We have been very clear over the past many years of our deep concerns around human rights violations.”

Australian Prime Minister Scott Morrison, in justifying not sending diplomats and politicians, suggested that it was “in Australia’s national interest” and “the right thing to do”.

Such moves strike a farcical note. For one, boycotts of the Olympics in the name of human rights abuses have generally been ineffectual. The International Olympic Committee (IOC) has been a consistent and firm opponent of the formula, insisting that sporting endeavours are politically neutral matters. They have been aided by the fact that such boycotts are rarely uniform or evenly applied.

In 1956, Spain and Switzerland refused to send contingents to the Olympic Summer Games in Melbourne in protest against the Soviet invasion of Hungary. (Neither country could hardly claim to have squeaky clean human rights records, least of all Spain’s bloodstained fascist General Francisco Franco.)

The Netherlands recalled their sporting team after they arrived in Melbourne for the same reason, though Egypt, Iraq and Lebanon did so for a rather different grievance: the Suez Crisis.

‘The little-noted absence of these athletes from competition had no effect on global politics.’

The hollowness of these recent gestures against China is also evident by the fact that the ones who matter at such fixtures – the athletes – will be free to participate. Superficially, they have been treated as politically childish, even insentient. The competing athlete should have little time to ruminate over the plight of oppressed minorities or the conduct of a brutal regime.

This is the attractive, if fashionable nonsense of the IOC and, it should be said, many sporting bodies. It denies the reality that athletes are very much walking and participating statements of their country, whatever their personal beliefs. They often receive state funding and are implicated in their programs. Along with participation comes patriotism.

Sporting contingents have also expressed frustration at being used as examples of political furniture. The effects of U.S. President Jimmy Carter’s decision to boycott the 22nd Olympiad in Moscow in protest against the invasion of Afghanistan by the Soviet Union did not go down well on the performers’ circuit.

Swimmer Brian Goodell, who won the 400m and 1,500m freestyle events in world-record time as a stripling of 17 at the Montreal Olympics, was crushed by Carter’s decision:

“In Moscow, I would have been 21 and in the prime of my career. And zippo. [Carter] screwed with everybody’s lives. I could have made some pretty good coin.”

Hardly an enlightened view, but then again, athletes are rarely selected for their capacious intellects and firm moral compasses.

When whole blocs of states have pursued sporting boycotts, some measure of difference has been achieved. The New Zealand Rugby tour of apartheid South Africa in 1976 saw a number of African states demand that the IOC expel New Zealand. Officials were cool to the suggestion, arguing that rugby had last featured as an Olympic game in 1924.

The ensuing boycott by some 20 African and Arab states of the Montreal games, which also featured the withdrawal of athletes, caused quite a stir. It troubled the UN Secretary General at the time, Kurt Waldheim, who wished “to point out that the Olympic Games have become an occasion of special significance in mankind’s search for brotherhood and understanding”.

Fancifully, the Commonwealth Secretary General Shridath Ramphal went so far as to argue that participating in the games, not withdrawing from them, would aid the “propitious resolution of wider questions”.

By not participating, the countries in question helped spur one particularly propitious resolution: the signing of the 1977 Gleneagles Agreement between Commonwealth States.

In reaching the agreement, the signatory members agreed to:

‘…combat the evil of apartheid by withholding any form of support for, and by taking every practical step to discourage contact or competition by their nationals with sporting organisations, teams or sportsmen from South Africa or any other country where sports are organised on the basis of race, colour or ethnic origin.’

An event free of wine guzzling and canapé gobbling dignitaries is something to cheer but leaving the sporting figures out of a “sporting boycott” is a proposition that remains pointless and absurd.

The point was not missed by the authoritarian IOC President Thomas Bach:

“The presence of government officials is a political decision for each government so the principle of IOC neutrality applies.”

At Beijing, sporting participants will be able to avoid the Carter experiment of 1980 and the babble about human rights and the liberty of the subject. Expect a few, however, to take the knee, though not for the Uighurs. In the meantime, the policies of the PRC will remain unchanged.