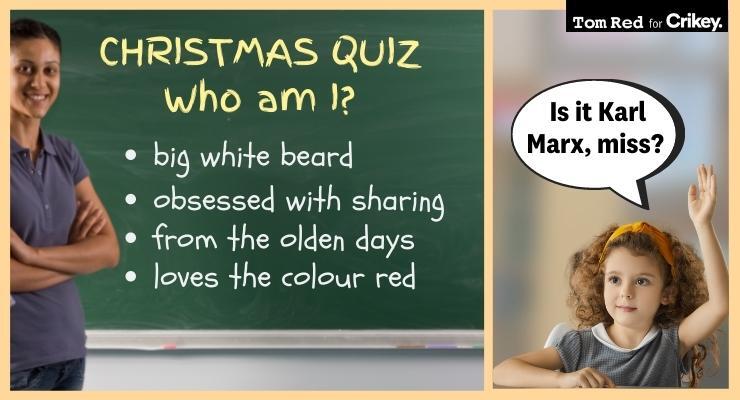 Last Wednesday several federal MPs and party leaders took a break from the final parliamentary sitting week to place gifts under the Kmart wishing tree. The company donates these gifts to the Salvation Army, which distributes them to those who cannot afford Christmas presents for their loved ones.

Between the partisan sledges implied by Labor’s toys (a submarine, fire truck and a jigsaw puzzle of the Eiffel Tower), and Morrison crowing about the retail sector’s post-lockdown recovery, the actual purpose of the campaign — to support many Australians who struggle with Christmas expenses — was overlooked.

Gift-giving and family gatherings (often including travel) come with significant price tags — about $1232 for the average Aussie this year. These traditions are difficult to opt out of, even for those who can’t really afford them.

Before the pandemic, the Salvos found about 1.6 million Australian parents struggle to put presents under the tree, relying on charities, credit and loans while hiding the stress from their kids. Although “COVID savings” have since cushioned the blow for some, 23% of Aussies are expected to go into debt to cover Christmas this year.

The festive season needn’t induce such financial stress. The irony of our politicians’ performative alms-giving is that such charitable campaigns are necessary only because government actions routinely abrogate the tenets of Christian social justice and entrench poverty and inequality.

Once done with their photo ops, here are some substantive things politicians could do.

Give some seasonal (financial) cheer

Many of those who struggle with the holiday period are welfare recipients because the federal government insists on keeping such payments shamefully below the poverty line.

As well as increasing welfare payments, Australia could emulate the UK and Ireland, who give all welfare recipients a “Christmas bonus”. The UK’s is pretty stingy — just £10, or A$18 — but the more generous Irish give an extra week’s worth of income.

Many low-income working families could also use assistance with Christmas expenses. Again, we may look abroad for an admirable policy solution: the “13th salary” system. Many countries in Europe, Asia and Latin America mandate that companies pay their employees a Christmas bonus, often equivalent to one month’s pay.

These policies would substantially reduce the burden on low-income families at Christmas.

Send everyone a festive cheque

These policies have limitations, however. They would exclude those ineligible for welfare payments, and children, meaning parents with more kids would have their payments stretched further.

This is one reason a policy proposal has been raised in the US: a universal Christmas bonus. First proposed by the People’s Policy Project’s Matt Bruenig, the government would send every person (or their legal guardian) a yearly cheque worth US$200 or so before Christmas.

This comes after stimulus cheques from the Trump and Biden administrations proved both popular and effective during the pandemic. Labor leader Anthony Albanese raised a similar proposal for sending $300 stimulus cheques to all Australians who got vaccinated by December, which would’ve cost $6 billion.

These proposals all met similar criticism: they’d be too expensive and would waste money on people who don’t need it due to a lack of means-testing. Sending a cheque to Gina Rinehart might seem like overkill (I’m sure her stockings are well-stuffed) but universal payments are often more popular and durable than targeted ones, as politicians risk pissing off a much larger number of people if they cut or eliminate them.

If the payments were classified as taxable income, as most welfare payments are, they’d be taxed back at progressive rates (that’s 45% for the highest earners). And as most use the cheques to buy products, the government would recoup a further portion in GST and company tax. Thus universal payments often have a more equalising effect than means-tested payments — not to mention far lower administration costs.

If they were financed by a modest bump of, say, 1% in tax for corporations or high-earning individuals, the net effect would be even more redistributive. A corporate impost would also provide a means of diverting a modest portion of corporate profits into individual incomes — something Australia has been sorely lacking in recent years. Stagnating wages have dragged down consumer spending, which lagged over the 2020 Christmas period partly due to lower disposable income among low- to middle-income Australians.

Much like Ebenezer Scrooge at the end of A Christmas Carol, our government ought to reform its miserly ways and learn to embody the spirit of the holiday. Sending us all a greeting card with a few $100 notes in it would be a good way to start.

Should needy Australians be given a festive cheque? Let us know your thoughts by writing to [email protected]. Please include your full name if you would like to be considered for publication in Crikey’s Your Say column. We reserve the right to edit for length and clarity.